The Canyon of Heroes: NYC’s Most Overlooked Monument 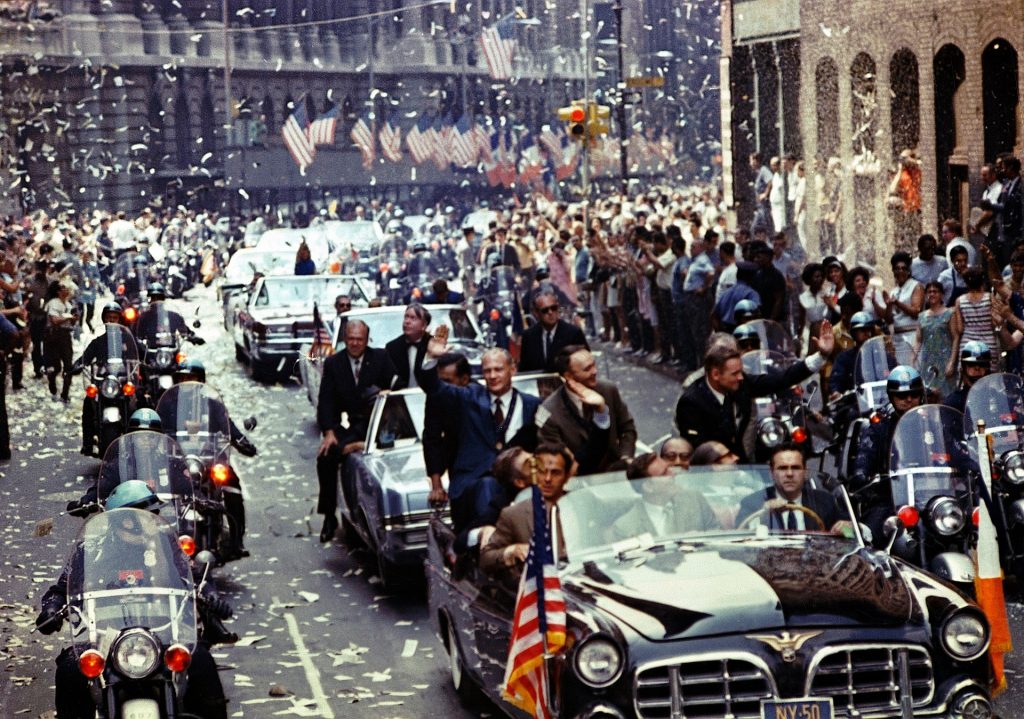 One of the best things about exploring New York City is discovering all the history that’s hidden in plain sight. Since the city is so big, it’s full of monuments that even locals aren’t familiar with — the Canyon of Heroes is one of them.

This series of plaques is like New York’s version of Hollywood’s Walk of Fame, but not nearly as famous. With only the city street signs to signify their existence, hundreds of thousands of New Yorkers and tourists walk right across them everyday without even realizing.

Keep reading to find out more about how the Canyon of Heroes was created, what to see when you visit, and why New York workers started one of the city’s greatest traditions: the ticker tape parade.

What is the Canyon of Heroes?

The Canyon of Heroes is the name for the over 200 black granite plaques that commemorate and list every single ticker tape parade in New York City history.

The plaques are embedded in the sidewalks along Broadway in Lower Manhattan. They run on both sides of the street, from the beginning of Broadway at Battery Place, all the way north to Chambers Street, right next to City Hall.

Each plaque is placed within about 20-25 feet of the other, with some variations. Every single one lists the date of the parade and the event being celebrated.

The pathway of the Canyon of Heroes is the same route taken by ticker tape parades in New York City. Here’s how it got its name. 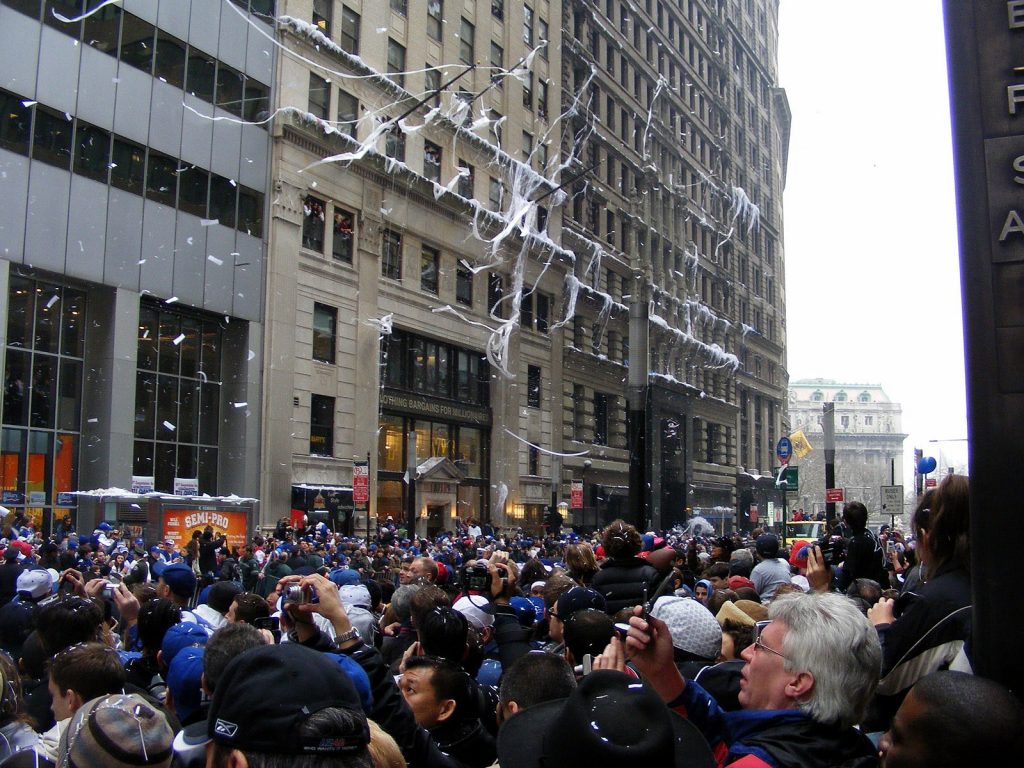 Honorees will ride down Broadway while large amounts of paper are thrown from the streets and out of the windows of buildings. The addition of the paper characterizes it as a ticker tape parade.

When the tradition first started, the paper would be actual ticker tape from ticker tape machines (more on those later). Nowadays, most people just use confetti, which is actually distributed by the city. Some offices will toss shredded waste paper or even toilet paper!

The term first started in NYC after the official opening of the Statue of Liberty on Oct. 28, 1886. A celebration was held in Lower Manhattan, starting at City Hall and ending at Battery Park, with a view of the statue.

At that time, the New York Stock Exchange building had yet to be built, so many finance and business professionals were working in buildings along Broadway. Disappointed that they weren’t able to miss work to join in the festivities, a bunch of them opened their windows and threw out the discarded ticker tape that had been lying around their offices.

It’s interesting to think of the men and women of New York’s Financial District, still in its infancy at this time, deciding they wanted to be part of the party, too. All these years later, any ticker tape parade is still an excuse for employees in the Financial District to take a break from their work and celebrate.

Once everyone on the streets realized how festive and fun it was to throw the ticker tape, it started to become a regular tradition. City officials began to schedule parades for every special or triumphal occasion.

Here are some of the most famous ticker tape parades:

Do we still have ticker tape parades today? 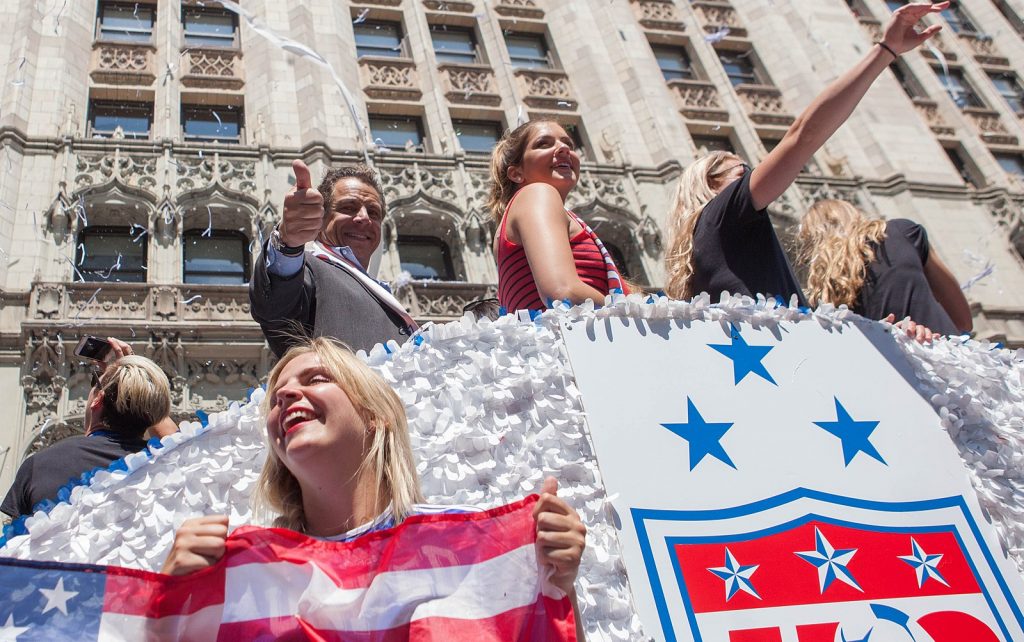 In the 1900s, ticker tape parades would happen about three times a year. The city would often be honoring foreign dignitaries, big accomplishments, or even winning sports teams.

Nowadays, these ticker tape parades are few and far between. The most recent was hosted in 2019 to celebrate the Women’s U.S. Soccer Team winning the World Cup. The parade before that one was back in 2015 in celebration of the same thing.

Unfortunately, dignitaries and politicians don’t parade down city streets as often as they used to, mostly for security reasons. Parades these days tend to happen for championship sports teams if anything.

Clean-up costs are also pretty extreme. Each parade costs the city about $2 million. Almost 50 tons of paper are cleaned up after each one.

How is ticker tape made? 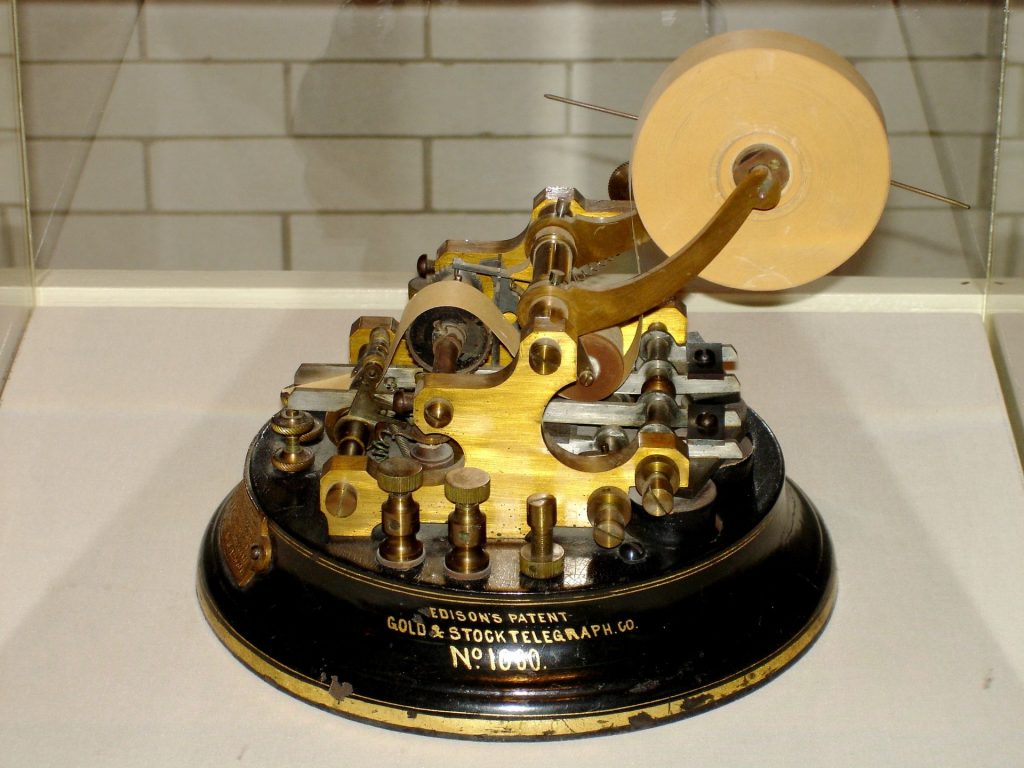 No matter how many ticker tape parades we have a year, we wouldn’t have ever had any without ticker tape machines.

These machines were used by brokerages to provide updates on stock market quotes. All day long they would print thin strips of paper. Once read, these papers became useless — hence the reason it cluttered offices and was easy to get rid of during parades.

Fun fact: The term ticker tape refers to the tick-tick-tick sound the machine made while printing. No actual sticky tape was ever involved.

In the 1960s, these machines became outdated. TV and computers became the preferred way to broadcast the financial information. But even though they aren’t in use anymore, ticker tape machines will always have a place in the hearts of New Yorkers for creating one of our most beloved traditions.

Sights to See Along the Canyon of Heroes 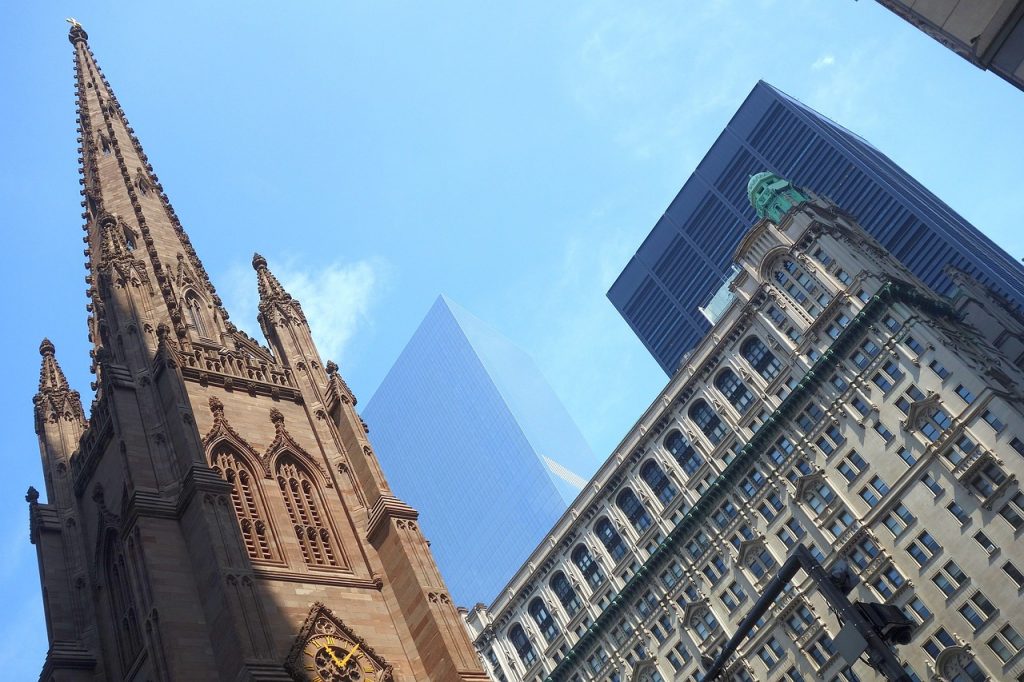 As you follow the pathway and read through all of the plaques, there are a number of buildings and sights to see along Broadway.

Originally placed in front of the New York Stock Exchange, the Charging Bull was placed on the parade route in 1989 and remains there to this day.

Often seen as the unofficial symbol of the Financial District, the bull was built to celebrate American prosperity. Today, it’s one of the top photo spots in New York with hundreds of people lining up each day.

For almost 40 years, Trinity Church was the tallest building in all of New York City. On either side of the church is Trinity Churchyard, the final resting place for dozens of famous New Yorkers.

One, in particular, is getting a lot of attention lately, thanks to his hit show on Broadway: founding father Alexander Hamilton.

While ticker tape parades technically end just before Battery Park, the entrance is only steps away from the first Canyon of Heroes plaque, so it’s easy to visit both sites together. Battery Park and the Canyon of Heroes is actually the conclusion to our Lower Manhattan tour.

From the park you can get a great view of the Statue of Liberty — the subject of the very first ticker tape celebration.

Small but mighty, Saint Paul’s Chapel became a sanctuary for 9/11 rescue and recovery workers in the months after the September 11th attacks. The building survived the collapse of the Twin Towers without even a broken window.

Today, you can still see much of the memorabilia that was left by volunteers looking to inspire and encourage the people of New York City.

The Canyon of Heroes: Another Financial District Landmark 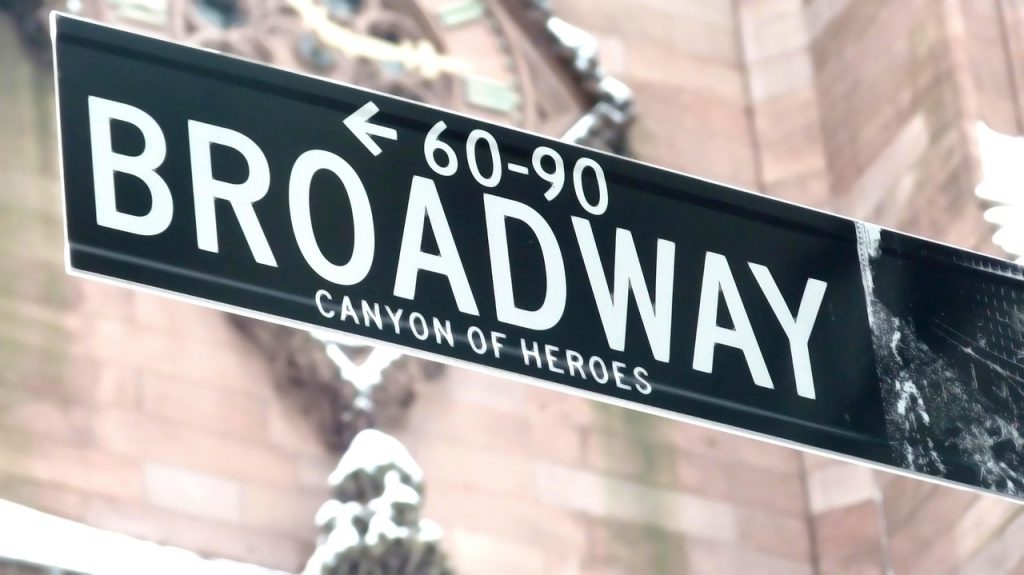 New York is a city full of traditions but very few of them have years of history like ticker tape parades. And while plenty of tourists might not know about the Canyon of Heroes, for those lucky enough to find it, it’s a true hidden gem of Lower Manhattan.

Join us on one of our Financial District walking tours so you don’t miss the rich history of this area. You’ll learn about the businessmen and businesswomen who shaped not just Lower Manhattan or even New York but much of the financial world we know today.