Meet the insiders who show visitors from around the globe the real Wall Street, NYC.

We’re stockbrokers, traders, investment bankers, and industry experts with a passion for demystifying the world of Wall Street. This isn’t just history — it’s what will shape our future.

Take a tour with us and see what we mean. 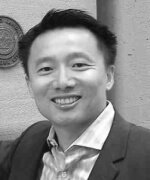 Andrew lives and works on Wall Street. As a former Vice President at Deutsche Bank (located at 60 Wall St), he traded structured credit bonds, specifically CDOs, and helped manage a billion dollar trading business. He was on the front lines of the financial crisis.

The inside story of Andrew’s trading desk is told in The Big Short: Inside the Doomsday Machine by Michael Lewis and The Greatest Trade Ever by Gregory Zuckerman. Andrew and his guides were filmed for the DVD feature in Wall Street: Money Never Sleeps directed by Oliver Stone.

Andrew loves to teach and has taught Economics at Massachusetts Institute of Technology (MIT) where he earned his SB and MBA degrees. An avid traveler, he has visited over 20 countries on 6 continents. He grew up in NYC, worked in the San Francisco Bay Area and has studied in Barcelona Spain. He played blackjack professionally and was banned from Vegas casinos. Bringing Down the House: The Inside Story of Six MIT Students Who Took Vegas tells the story of some of his contemporaries.

His mission is to educate and entertain to ensure visitors leave with a better understanding of Wall Street. 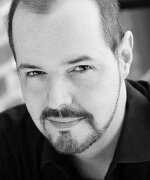 Tom had worked on Wall Street since 2000, including most recently at Goldman Sachs. A native New Yorker, he has watched his home transform from a crime ridden city in the 70s to the safe, vibrant, world class metropolis it is today.

As an historian, Tom loves to share his knowledge and experience with the people he meets and imbue them his love and respect for this great borough of Manhattan and the people who live and work here.

Tom’s interests are unique and varied. He received his degree in Vocal Performance from the Cincinnati College-Conservatory of Music and has toured the world singing opera and musical theater to great acclaim.

He is excited about sharing his time and talents and looks forward to being your guide. 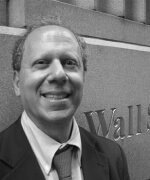 Sandy knows about Wall Street from the ground up. During college he worked as a messenger for a brokerage firm located two blocks from the New York Stock Exchange. After researching stories for a television documentary series, Sandy became a reporter for Traders Magazine. He served as a technical advisor on Oliver Stone’s Academy Award-winning film, Wall Street, starring Michael Douglas as Gordon Gekko.

Sandy is the author of several American history books, including Westward Expansion: An Eyewitness History, and has contributed articles to the Museum of American Finance’s Financial History magazine. He has taught business writing workshops at the New York Public Library’s Science, Industry and Business Library. Sandy is a member of the New York Financial Writers’ Association. 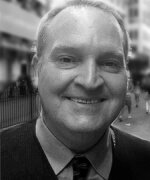 Jared began his Wall Street career as a registered stockbroker for E.F. Hutton and CO. in the 1980s.

Jared graduated with honors from law school and has worked on white collar criminal cases.

He is an avid thoroughbred horse breeder and racing fan and his wife is an equine veterinarian.

Jared is also an amateur NYC historian and loves introducing this great city to visitors. 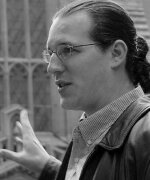 Tom grew up in the shadow of New York City’s skyline in New Jersey and has always been fascinated by the City and its history.

He started working in finance at the age of 18. For 3 years, he was an Assistant Trader with the NASDAQ market-maker National Discount Brokers (NDB). He then moved to day-trading NYSE stocks for 5 years with Assent, LLC, finding short-term profitable opportunities in a wide range of equities. In addition to Wall St., he has worked as a bike messenger, taxi driver, waiter, bartender, and for the Queens Library, living proof that New Yorkers have and will always adapt to thrive.

Tom has been studying New York City history informally for years, and has decided to make it his profession. He is a B.A. candidate at SUNY Empire State College with a major in Urban History. He currently makes his home in Astoria, Queens with his beautiful wife who he won over with his earliest attempts at walking tours of NYC. 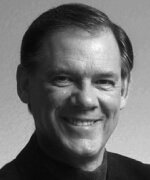 George has enjoyed working in a number of fields. He played professional baseball for several years after graduating from college, and then launched a 20-year career as a TV sportscaster and radio talk show host.

After leaving TV, he spent nearly a decade as a stockbroker and financial planner. George has also taught at the college level and written a book on Internet marketing and public relations (Mining Online Gold) that reached #2 on Amazon.com’s overall bestseller list. When he moved to New York five years ago, he looked for opportunity that allowed him to use his experience as both a broadcaster and a teacher. Guiding tours, especially in the Financial District, was a perfect fit. 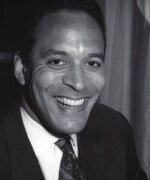 In that position he led or co-led investment banking business development efforts in New York and Virginia and played a critical role in obtaining senior manager status with every major borrowing authority in New York City and New York State for the firm. He also spearheaded the effort to obtain the firm’s first revolving senior manager appointment in Virginia for Virginia Resources Authority.

Prior to his tenure at SBS, Jon served as the Deputy Comptroller for Public Finance for the City of New York, managing the Public Finance Department. The department, along with the Mayor’s Office of Management and Budget (OMB), is responsible for all aspects of debt issuance for various New York City capital finance programs, including general obligation bonds. During his tenure there, the City of New York and its three largest related borrowers issued over $47 billion of debt.

Jon served in the Comptroller’s Office from 1994 to 2002. From 1989 to 1994 he held various posts with New York City economic development finance agencies. Prior to his eleven years of public service, Jon worked as an international banker, covering Brazil for money center banks including Chase Manhattan Bank.

As a graduate of Dartmouth College, Jon did post graduate work at the Fletcher School of Law and Diplomacy at Tufts University and is currently working on completing his Masters in Political Science at Long Island University. He also currently serves as a Trustee for Flushing Town Hall/Flushing Council for Culture and the Arts, Greater Jamaica Development Corporation, and the Municipal Forum of New York. 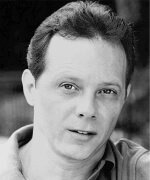 With just $500 in his pocket and all his belongings James could carry in two suitcases, he moved to New York from Chicago to pursue a performing arts career. Five years later, James was on Broadway.

He performed in Oh! Calcutta! which has the distinction of being the 5th longest-running show on Broadway, just behind A Chorus Line, Les Miserables, Cats and Phantom of the Opera. He appeared in several films, and acted on the since-demised NBC soap opera, Another World.

While in New York City, James worked on Wall Street since 1996 in the Investment Banking Division of several firms, most notably Goldman Sachs. James discovered that tour guiding is a perfect marriage of his performing arts skills, Wall Street experience and his love of history. He welcomes the opportunity to conduct your tour, and to share his passion for the New York City and Wall Street sagas. 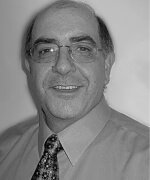 Tony is a life long resident of New York City. He has worked behind the scenes in Banking and Finance starting with the turbulence of the mid 1970’s and through the 2008 economic crisis.

His versatility was in demand by a number of entities including the Federal Deposit Insurance Corporation, Nomura Securities and Barclays Capital. Tony’s educational training includes Pace University Business and NYU Law Schools. He maintains an active Series 7 trading license.

In addition to his detail knowledge of local history, his love of New York City was often demonstrated to the visitors of the former Twin Towers where he managed the 2 World Trade Center Observation Deck. 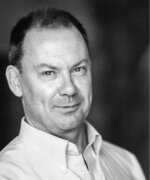 Michael McGuinness worked on Wall Street for many years. He has worked for a number of investment banks and law firms on Wall Street, most notably Goldman Sachs and Skadden Arps, mainly in the areas of mergers and acquisitions and complex commercial litigation.

A graduate of New York University, he is also a professional actor, working regularly in theatre, film and television.

His other interests include studying and speaking Irish Gaelic, as well as competing in long-distance walking events. Above all, Michael is passionate about sharing his knowledge and experience to educate and entertain visitors about Wall Street and New York City. 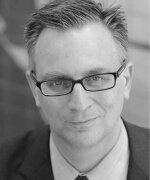 James worked at Dean Witter, Fahnestock, and Shields and Company before he went the independent advisory route. His career in investing has spanned five decades from the late 1970’s and he has had first hand experience investing in the pre-computer era, the 1987 stock market crash, the early 90’s tech bubble, the 2000 NASDQ melt down, the 9/11 terror attacks and the 2008 Financial Crisis.

Throughout his career, James managed money for individuals and institutions, both domestically and internationally on 6 continents. He has studied extensively both the history of investing and many different trading philosophies settling on an hybrid Elliot wave style of trading. He was quick to recognize the revolutionary power of the internet and became a member of Wall Street’s Digital Underground in 1995 and was one of blogging’s earliest proponents.

James held numerous securities licenses including Series 7, 63, managed futures, and many state insurance licenses. He ran a large international internship program in which many interns went on to work at top tier Wall Streets firms. He has traveled extensively both in the US and all over the globe, is an economics and history buff, Yankee fan, and most importantly a “real New Yorker.” 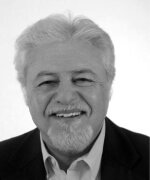 He has provided expert testimony for several large cases involving trading issues and he has taught over a thousand trading professionals. He has been a guest on CNBC and Bloomberg TV and his comments have appeared in the New York Times, Barrons, Wall Street Journal and many other financial publications.

Tours with Our Guides 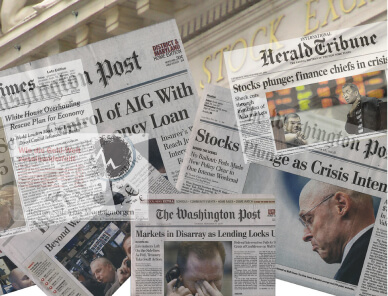 Highly-acclaimed, in-depth 2-hour tour! Hear the events of the financial crisis and how some traders made billion dollar profits while some banks collapsed! 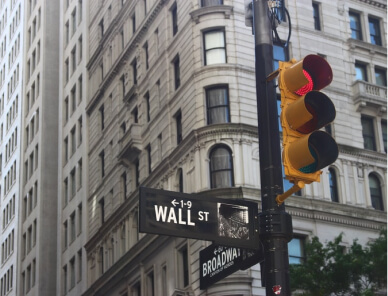 Guided by real Wall Street insiders, you will see world-famous financial landmarks: the NYSE, Federal Reserve, and Wall Street on this tour of the Financial District