How to Experience the New York Stock Exchange

Want to experience the New York Stock Exchange? It’s not the most obvious NYC attraction, but it’s one of the most defining places for the city. This birthplace of businesses will forever stand as an anchor of Lower Manhattan’s financial community. 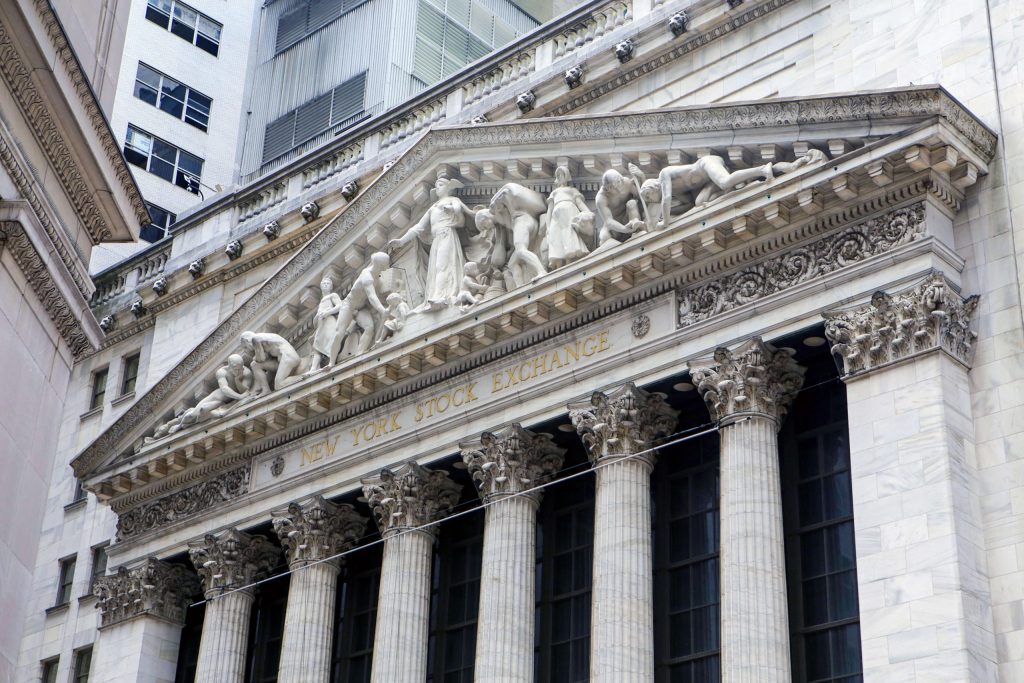 Want to experience the New York Stock Exchange? It’s not the most obvious NYC attraction, but it’s one of the most defining places for the city. This birthplace of businesses will forever stand as an anchor of Lower Manhattan’s financial community.

Compared to its early days, NYSE visits to the stock exchange have changed quite a bit. But it’s still worth visiting today. Like so many New York landmarks, the stock exchange isn’t just a building, but a critical part of the city’s history. And its influence stretches beyond the borders of New York to the rest of the country and even the world.

Excited about visiting the New York Stock Exchange yet? In this article, I’ll explain what exactly it is, what you can see when you go, and the best way to experience it.

What is the New York Stock Exchange? 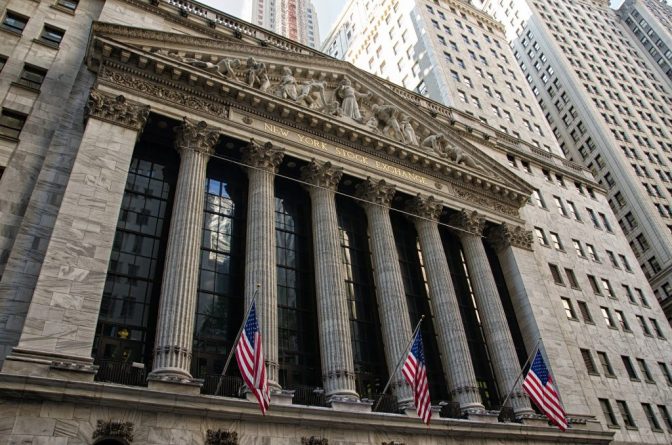 The New York Stock Exchange — also known as the “Big Board” — is one of the oldest and largest stock exchanges on the planet. Located on Wall Street in Lower Manhattan, the NYSE stands as both a symbol of capitalism and as the financial center of the U.S.

Easily the most important landmark on Wall Street, the stock exchange practically created the Financial District by marking the neighborhood as an area of business. Wall Street was actually named for a real wall, built by Dutch settlers to keep out British forces. This wall served as an unofficial trading post for residents, beginning the business traditions that would continue in this same location for hundreds of years.

When the main building was built in 1903, it impressed everyone with its size and majesty. The opening solidified the prominence of the New York Stock Exchange and all but guaranteed that Lower Manhattan would be a neighborhood of commerce.

And it still is today.

A Money and Merchant Filled History of the NYSE 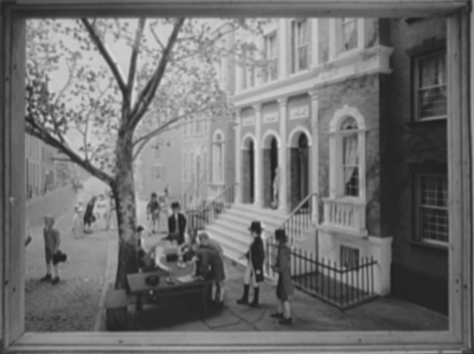 It all started on May 17, 1792, when 24 brokers and merchants met under a buttonwood tree. At the time, this tree was the tallest thing in Lower Manhattan, which, in retrospect, is a pretty appropriate setting to sign an agreement that would grow to play a very significant role in both the United States and global economies.

It was under this tree that these two dozen individuals signed the Buttonwood Agreement, establishing the grounds for trading at what was then called the New York Stock & Exchange Board.

That name was shortened in 1863 to what we know today: the New York Stock Exchange.

Guide tip: To commemorate the document that led to its creation, the stock exchange planted a new buttonwood tree out front. The tree isn’t nearly as full or towering as the original, but it’s the symbolism that counts. Snap a pic in front of the tree and tell all your friends you saw a replica of the most important tree in NYC — then watch as they’re amazed. 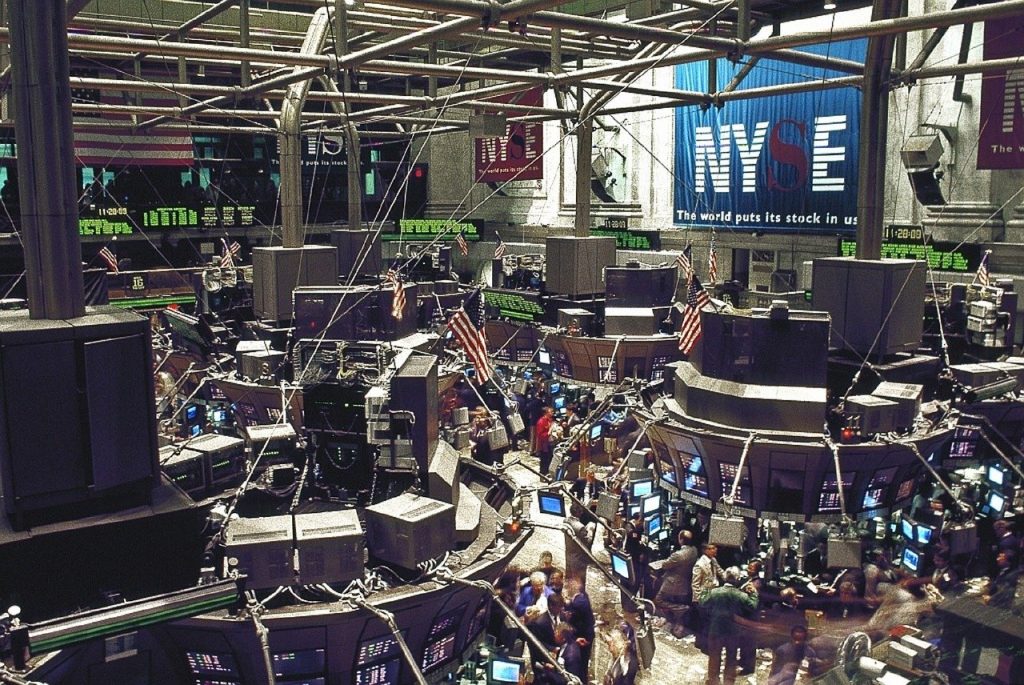 The NYSE has always been an exciting place with exciting things happening every minute. Up until the early 2000s, the trading floor was full of people frantically running around, shouting numbers and exchanging hand signals with each other.

The exchange even had a special trading floor clock without hour markers. There are only five-minute markers, because each trader had just five minutes to trade their stock. Talk about pressure!

You can imagine how hectic it got in there since, up until the past few decades, all the trading was done on the trading floor itself. These days, with the rapid advances in technology and the internet, most trades around the globe have transitioned to electronic systems. The NYSE is becoming one of the few remaining trading floors where humans are still actively trading in person.

Now, that doesn’t mean it’s been abandoned. In fact, in 2007, the exchange adopted a hybrid model that combines electronic and floor-based trading. It makes the trading floor all the more special because it combines the traditions of the past with the innovations of the future.

Although the trading floor isn’t as lively as it once was — with the decrease of frantic people running around and volume of open outcries — it is still just as exciting today. Currently, there are approximately 500-1,000 people trading on the floor each day.

Possibly the biggest change in the demographics of the Exchange is the increase of outside guests — and we don’t mean tourists wanting to visit Wall Street. There have been more and more representatives from journalists across the world. About 33 media outlets come in and out of the building every day to broadcast from the NYSE floor.

Is the NYSE open to visitors? 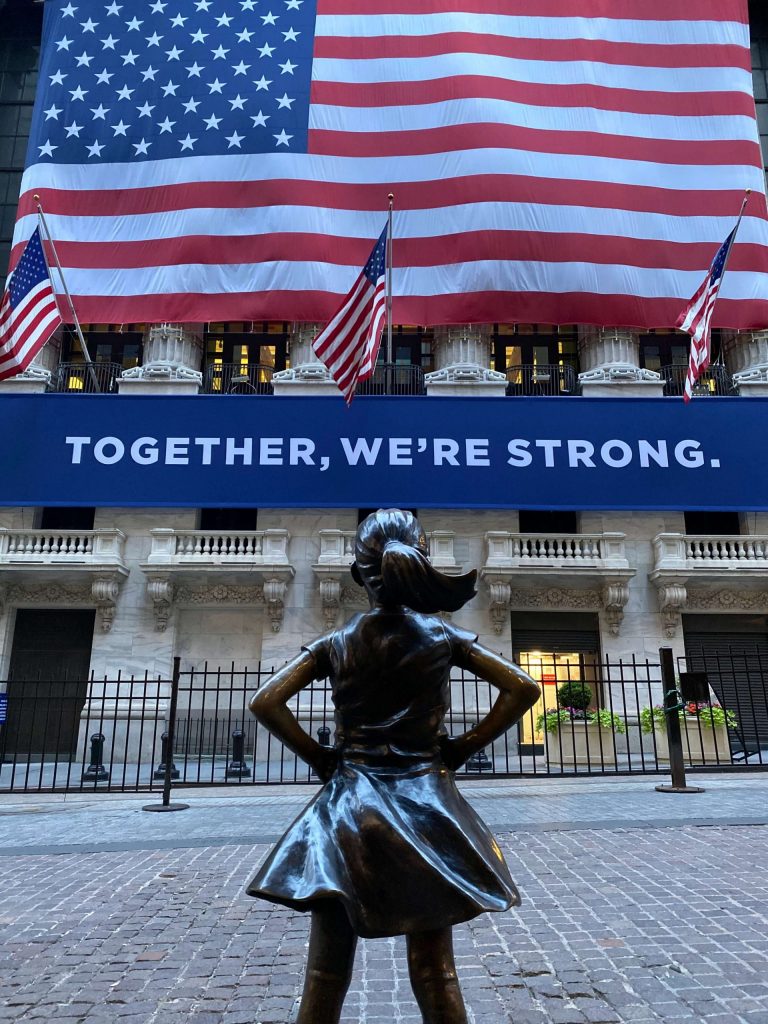 Unfortunately, the exchange is no longer accessible to the public. Here’s why.

After the September 11th attacks and the increase in security that followed, many buildings once open to the public were severely limited or shut down altogether. For the stock exchange, it meant no more public tours and security stands outside the entrance. A fence was even added to the front of the building to prevent pedestrians from getting too close.

Guide Tip: While the stock exchange is not accessible, around the corner is another famous financial building — the Federal Reserve, a bank the size of a block that has a massive gold vault inside. 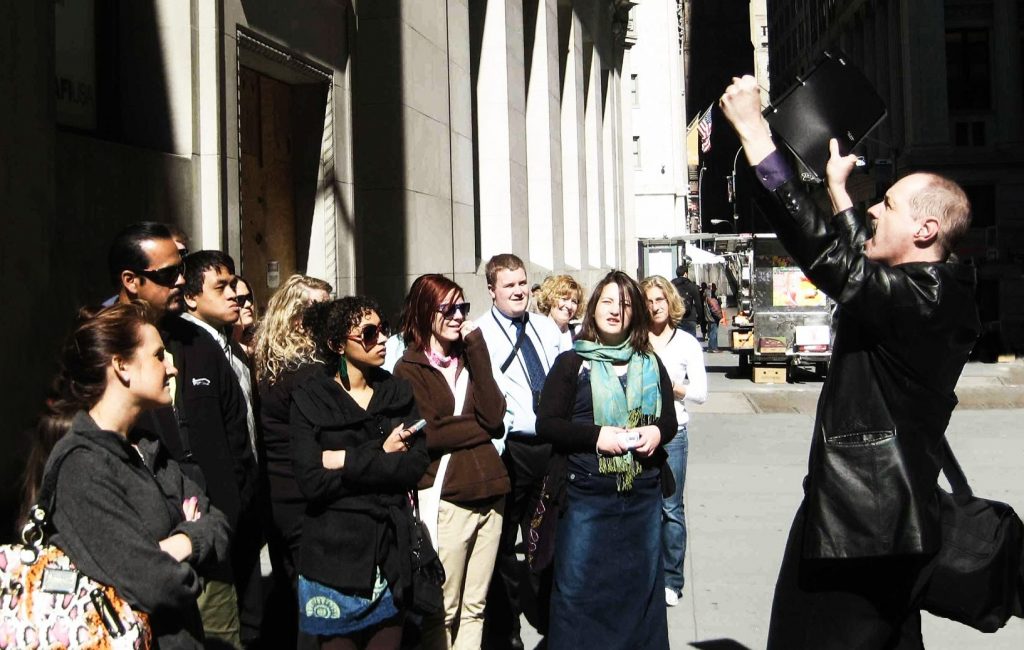 Despite the new security measures, there are still many ways to experience the New York Stock Exchange without going inside. So there is no need to feel left out!

Here are a few suggestions if you want to visit the NYSE.

Listen For The Bell 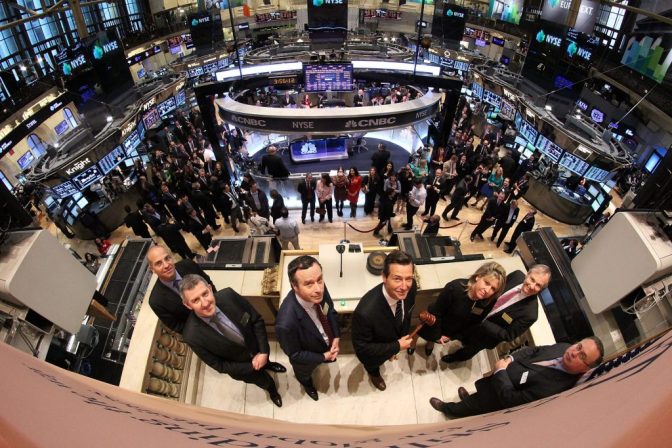 Every weekday, the opening bell of the NYSE is rung at 9:30 a.m. to mark the start of the day’s trading. The closing bell is then rung at 4 p.m. to mark the end. When the guest ringing the bell fails to ring it for the acceptable amount of time — 10 seconds for the opening bell and 15 seconds for the closing bell – it’s not uncommon for the floor to erupt into boos (they take their bell ringing very seriously). If you are lucky enough, and happen to show up on the right day and time, you just might hear it emanating from outside.

In the past, the bells used to be rung by floor managers, but they later started inviting executives, public figures, and celebrities to ring them, which became a daily event. Who knows who you may spot by the NYSE and its surrounding areas if you show up at the right bell-time?

The opening and closing bells are one of those things both New Yorkers and non-New Yorkers alike have to experience at least once in their lifetime. Just don’t show up on a weekend or a U.S. holiday when the bell definitely won’t be ringing.

Snap a Selfie With a Brand Banner 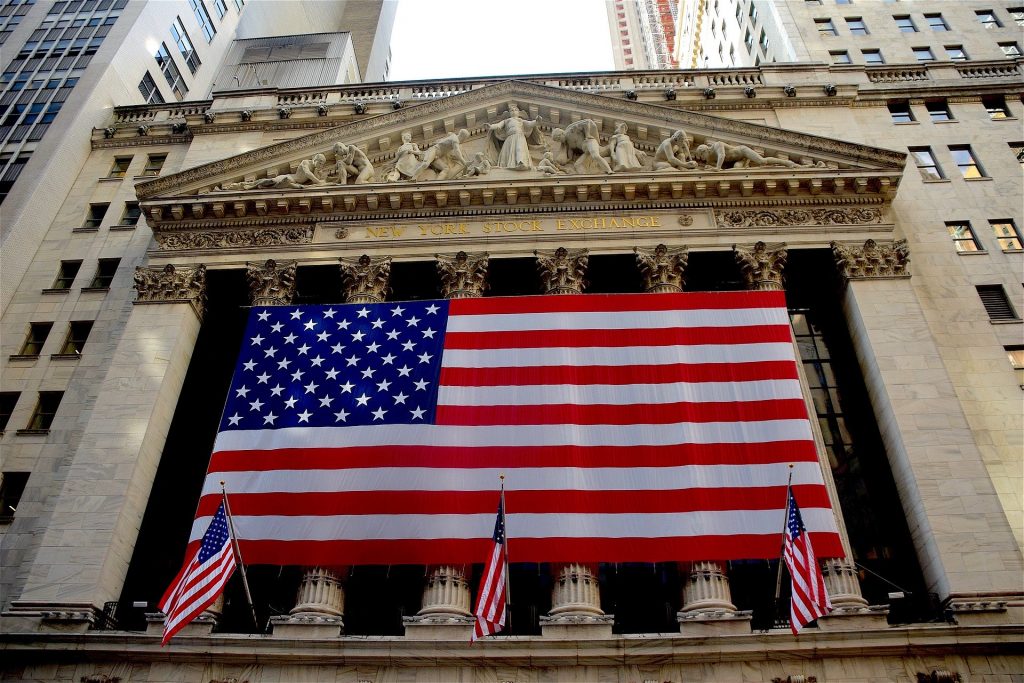 For the past two decades, the stock exchange has started a tradition of hanging “full façade” banners to celebrate and market special events and their listed companies.

Some of the past banners include the huge logos of:

On special holidays, like Independence Day, the American flag will hang proudly across the building. There’s no way you could miss it. The NYSE loves to build their brand with companies they work with. Maybe you’ll spot the logo of a business you love hanging grandly in front of the building.

Don’t feel shy about snapping a picture (or a few — no shame) in front of it. You get the iconic New York Stock Exchange and a larger-than-life example of NYC marketing without even having to go to Times Square. That’s a double whammy.

See How the NYSE Celebrates the Holidays 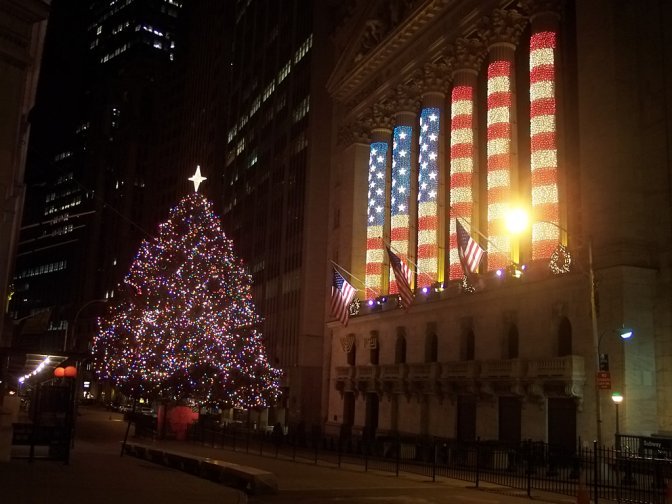 The NYSE hangs banners for their listed companies and for special occasions, but there are also certain days throughout the year reserved for special events.

One of these is during the holidays. Every year, there is a Christmas tree lighting on Broad Street, in front of the New York Stock Exchange. Lights are coiled around the exchange’s Corinthian columns and around a massive pine tree. The moment when the single switch is flipped to light up the entire NYSE is truly an amazing sight. Listed company sponsors, artists, and partners all stop by to celebrate the holiday season. It’s one of the oldest Christmas tree traditions that brings the public to the NYSE.

Take a Tour of Wall Street 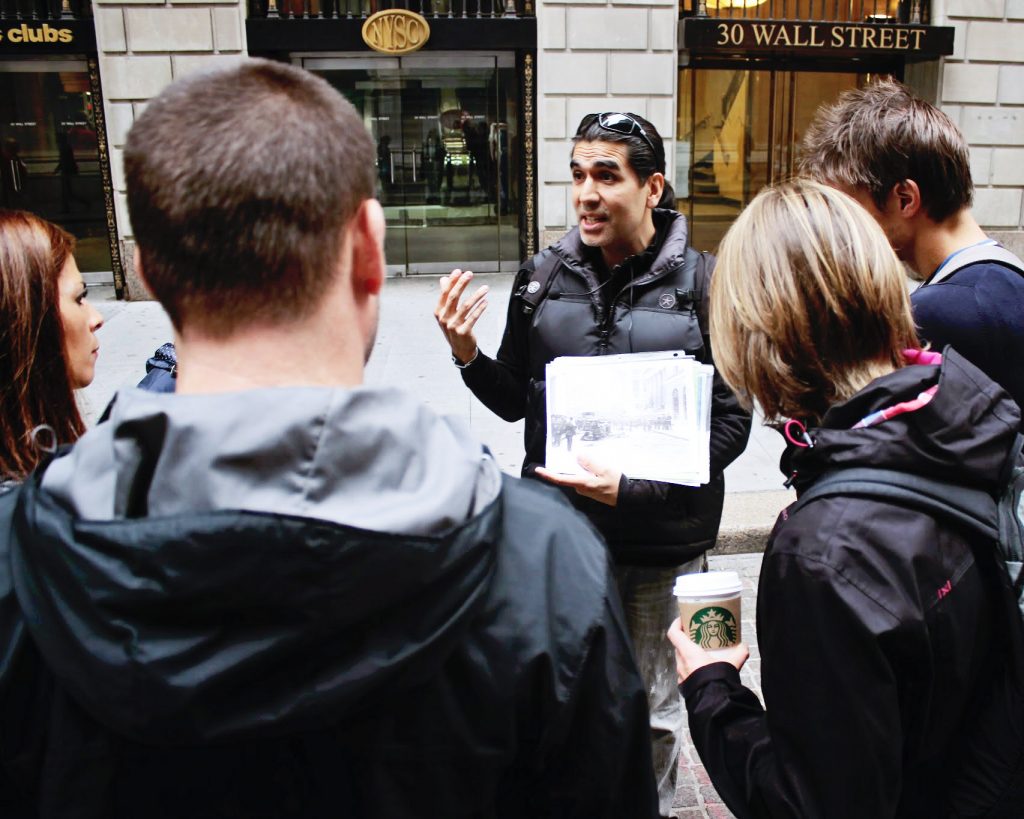 Unlike other monuments, experiencing the New York Stock Exchange isn’t as simple as buying a ticket. Most people walk right by or snap a picture and leave. It’s the history and significance that make it special. But unlike the Statue of Liberty or the Empire State Building, this history isn’t displayed in a museum or exhibit for you to browse on your own.

The best way to learn about it is with a guide — but not just any guide, a Wall Street insider. That’s just what our guided tours of Wall Street do. You have two options when you visit Wall Street: an in-depth tour for NYC finance aficionado or an entertaining overview of Wall Street, New York City.

What are some other things to do on Wall Street? 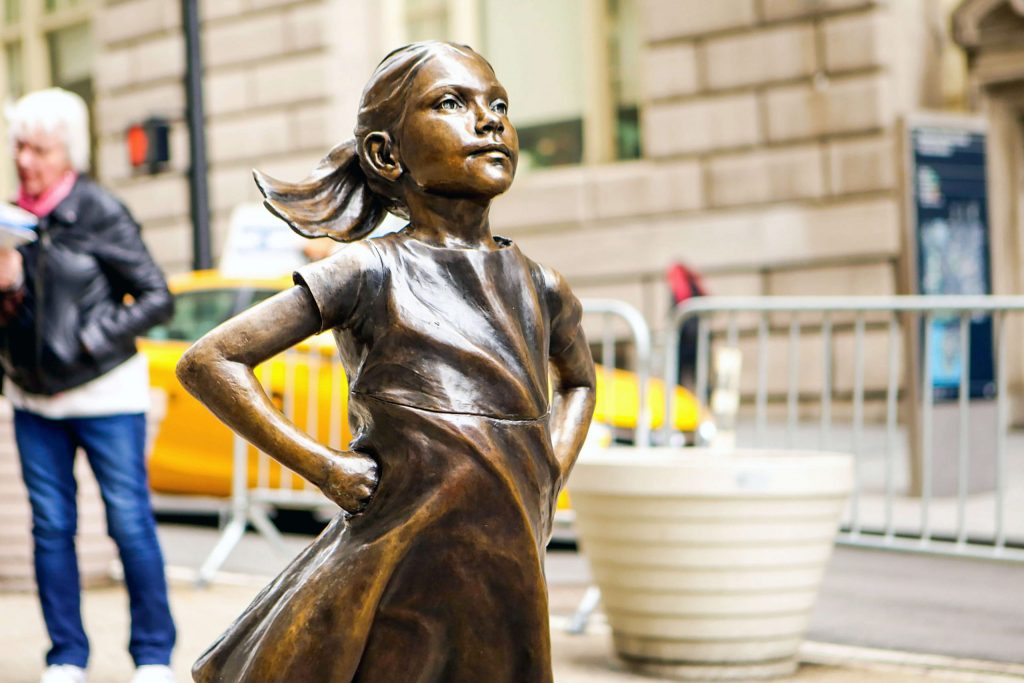 Wall Street has plenty of other fun and historical sites to see. Before or after your visit to the stock exchange, you can check out:

Visit Wall Street NYC for the NYSE and More 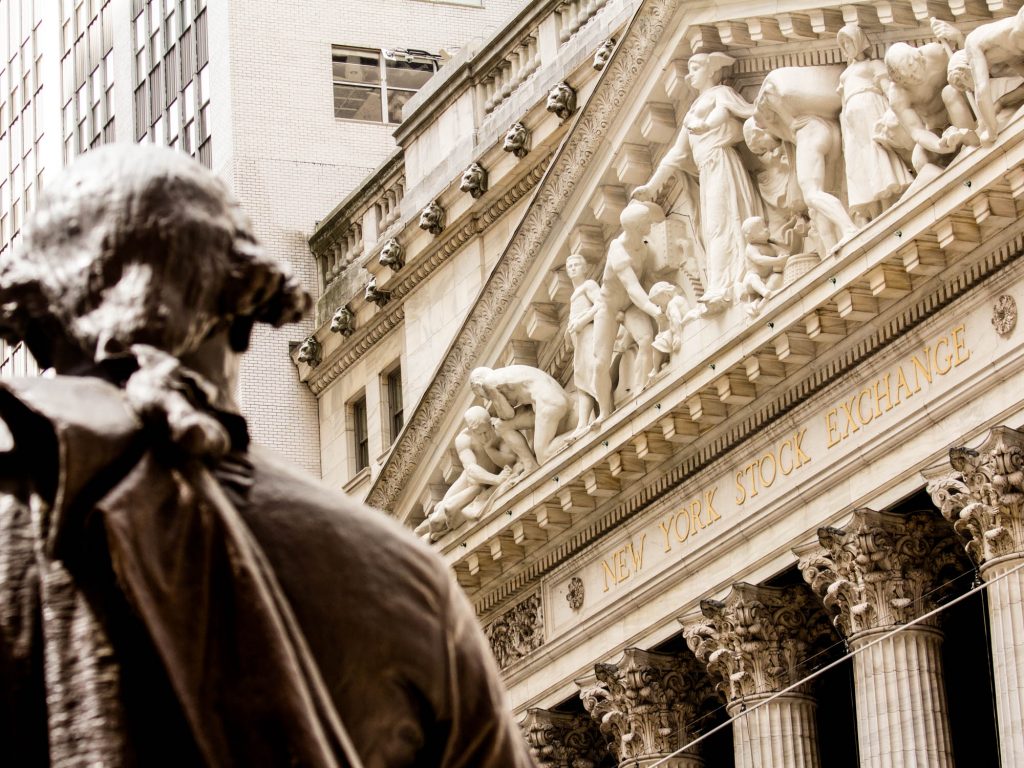 It’s difficult to process all of this information about one building while simply standing outside the entrance, especially if you’re trying to do it on your own.

If you think about it, very few landmarks in the city still actively serve their original purpose. The New York Stock Exchange may be quieter than it once was, but the culture and buzz is as resounding as ever. However you feel about money or business, the stock exchange is a must-visit. Its creation gave New York power and status that still, to this day, contributes to making the city one of the greatest in America.

That’s part of why we love this corner of NYC here at The Wall Street Experience and enjoy sharing our insider perspective. On our Wall Street walking tours, you won’t learn just the history (though we’ve got plenty of that, too). We share real-world stories from people who’ve worked inside the financial trenches of Wall Street. Their insight will help you see this place in a new light — not as facts and figures or even dollar signs but through the eyes of the people who have made it what it is today.