It may be one of the most famous districts in the world, but a random walk down Wall Street through New York’s Financial District is more than just a collection of skyscrapers. Hidden just below the surface are the stories and events that created the most influential capital market in the world.

Stories and history are everywhere in Lower Manhattan if you know where to look — trust me, I know. I’ve scoured these streets as an NYC tour guide, sharing their secrets with thousands of travelers over the years.

Whether you’re a casual visitor or a seasoned financial pro, the Financial District reveals itself in layer after layer of history. The history of financial markets are interwoven with early colonization through the birth of the nation and then the rapid development of technology and the role it played in finance.

Orienting yourself in the Financial District 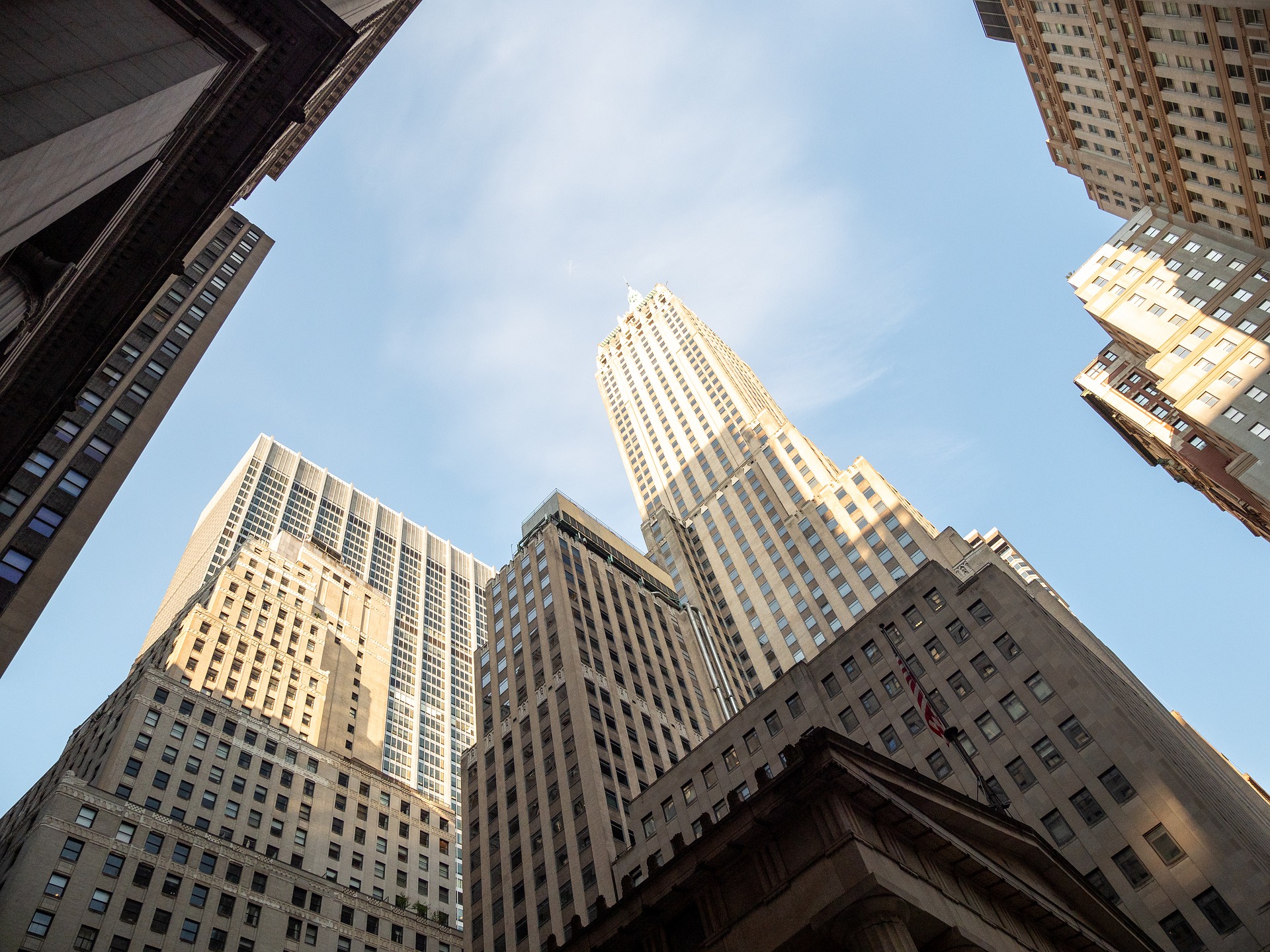 It’s bounded by West Street on the west, Chambers Street and City Hall Park on the north, Brooklyn Bridge on the northeast, the East River to the southeast, and South Ferry and the Battery on the south.

We wrote a guide all about New York’s Financial District if you want to learn more about what and where this cool corner of NYC is.

How to visit the Financial District 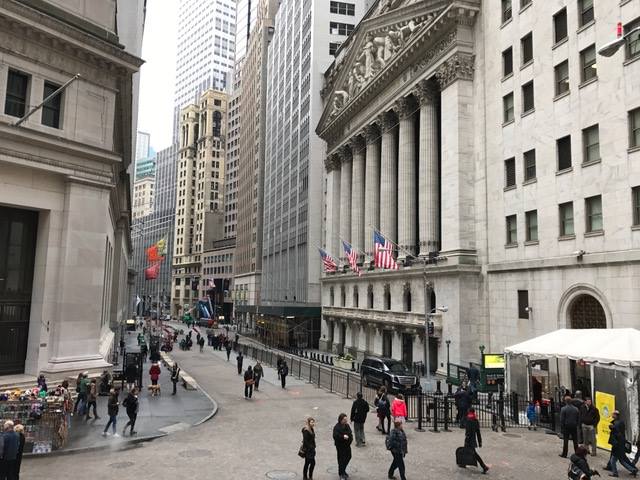 There are a few ways to tour the Financial District.

First, you can go on your own. A self-guided tour can be a great way to experience a neighborhood when you want to keep it free and fluid. Maybe you don’t know what day you’ll be in the Financial District or even if you’ll make it over here at all, so you can’t plan for a guided tour. (Although you really should make Wall Street a stop on your NYC bucket list, even if you don’t know the exact day.)

The other way to see it is with a Wall Street tour. To get the most from a visit to Wall Street, it’s smart to go with a pro — specifically, a Wall Street Insider.

A Wall Street Insider is someone who has worked in financial trenches and is intimately familiar with the workings of Wall Street and the history of this area. An insider helps you see past the tall buildings and can point out the places and events that shaped both the history of finance and the birth of the nation.

There are two ways you can tour Wall Street with a guide, but first, here’s a peek into the life of a real live Wall Street Insider — that is, me.

My life as a Wall Street Insider

I worked in NYC’s Financial District for many years. Sometimes I think I worked in every building south of Fulton Street.

There were times in my career when there were so many mergers and takeovers in the business that I often would show up to work unsure of the name of the company I was working for.

I witnessed quite a lot over the years. Here’s just a taste:

There were a lot of ups and downs in the business. When it was good, it was really good, and when it was bad it was terrible. All the ups and downs have given me a particularly unique insight into the comings and goings of Wall Street. 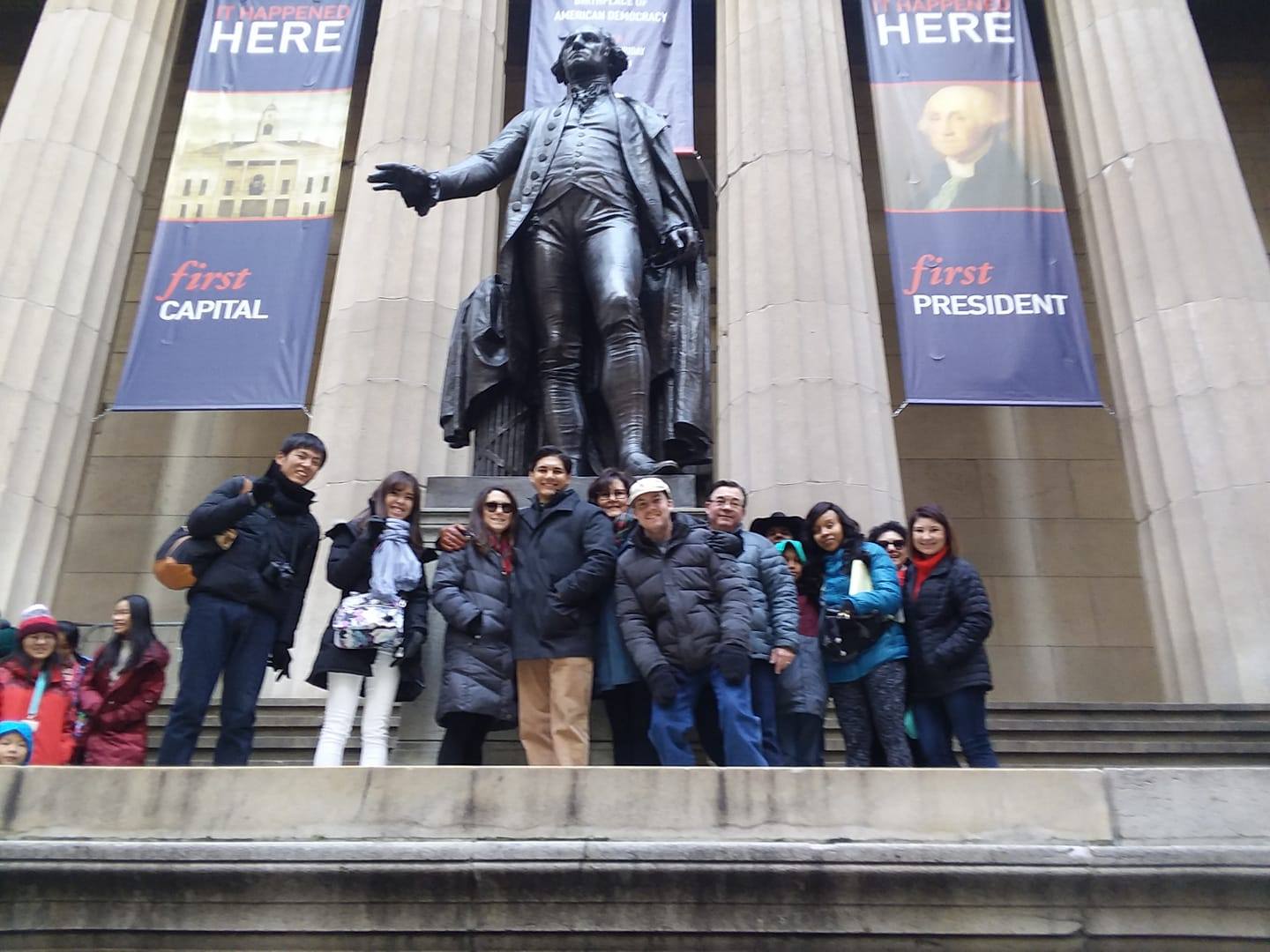 Which is right for you? Read on to find out.

Option #1: A family-friendly tour for all

The Wall Street Insider Tour gives you a basic overview of the important sights in the Financial District. Point of Interests include:

The tour is great for both seasoned pros and casual visitors alike. Your guide (whether it’s me or someone else on our team) is a former Wall Street pro who will offer a host of unusual and unique personal insights while you explore over 400 years of New York City history. The tour takes you from NYC’s earliest beginnings as a Dutch colony to Wall Street becoming the center of global finance.

Whether you are a history buff, day trader, Wall Street wannabe, or casual tourist, this is the tour for you. This family-friendly tour hits all the major points of interest in the Financial District, so bring your camera. And it also offers keen insights on the various changes in the business environment and the technology that led to that change.

Option #2: A deep dive into a global crisis 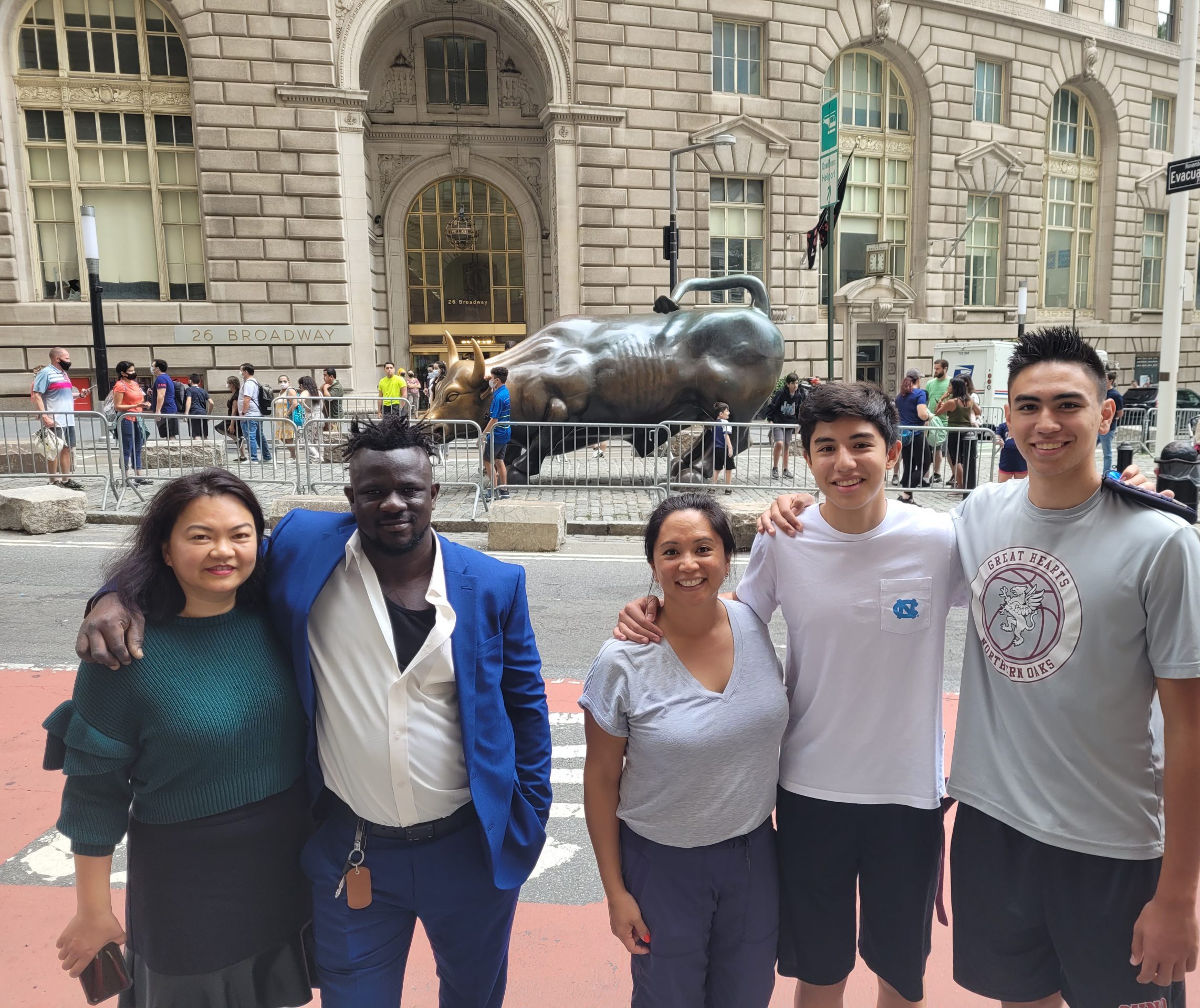 What happened in 2007 and 2008 (and even before then) to lead to one of the greatest financial crises in global history?

It’s part of what we’ll answer on our two-hour Financial Crisis Tour. For aspiring Wall Streeters or anyone who wants to hear the real story of the 2008 Financial Crisis, this tour gives a full analysis of the events and players that shaped the CDO-fueled real estate boom, its subsequent collapse, and lingering aftermath.

The 2008 Financial Crisis Tour digs deep into what for many of us was the most significant financial event of our lifetimes. We’ll dive into the details in a way that’s both fun and informative, covering:

With the 2008 Financial Crisis Tour, you’re in the very neighborhood where many of the key decisions, wrong or right, took place. There is simply no better way to learn about this critical point in modern history than taking a tour in the heart of the Financial District with a Wall Street pro as your guide.

For many people who’ve seen the movie “The Big Short” or read the book, this tour is the perfect antidote, revealing a more complex and complete picture. The lessons of that era are as current now as they were then.

Is this tour family-friendly too? Sure. You don’t have to be dreaming of a career on Wall Street or a tenured economics professor to love this tour. We keep it relatable and engaging.

But of the two tours, the first one I mentioned above is more sweeping, covering much of NYC’s history and how the Financial District was a central part of it. This tour zeroes in on one event with laser-like focus. We have a lot of fun. Everyone learns something new.

Compare the two options side by side and see which works for you. 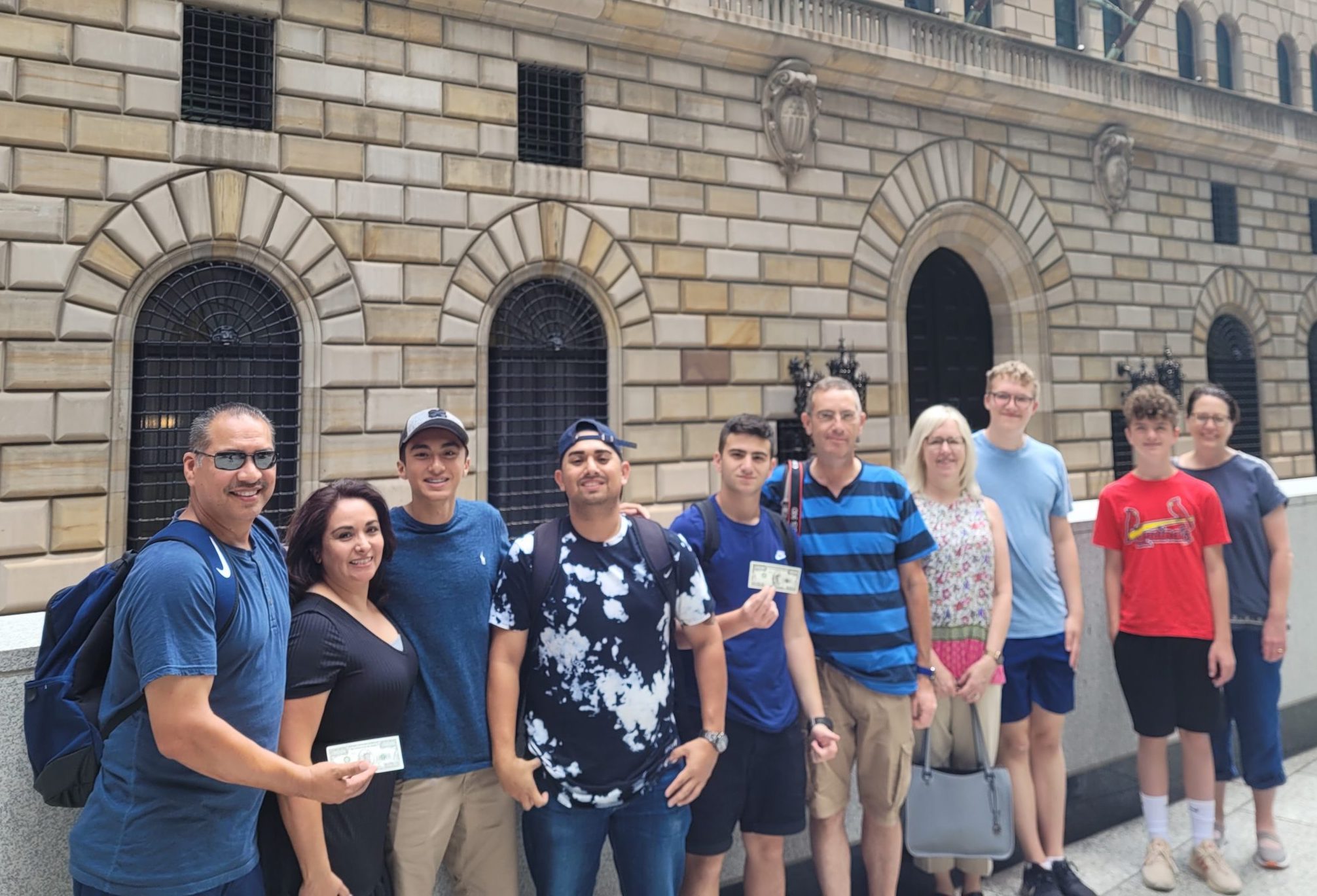 Taking a walking tour is the best way and really the only way to immerse yourself in the history of the Financial District. Because the streets are narrow and many are no longer accessible to vehicular traffic, travel by foot is the way to go. But even with a good pair of walking shoes, the district doesn’t reveal its secrets too easily.

Much is buried in subtle layers of bygone eras. Much more happens behind closed doors. An insider can open a whole world to you, taking you back in time, pointing out landmarks, and navigating the crowded streets.

That’s what a Wall Street Insider does.

There are so many things to see in the Financial District. Some you will see on the tour and some you may want to take more time and get a second look or a few more photos. Other sights, like South Street Seaport, the 9/11 Memorial at Ground Zero, the Oculus and Battery Park, present entirely new opportunities. For inspiration, take a look at our blog on more things to do on Wall Street.