5 Facts About the New York Stock Exchange You Never Knew 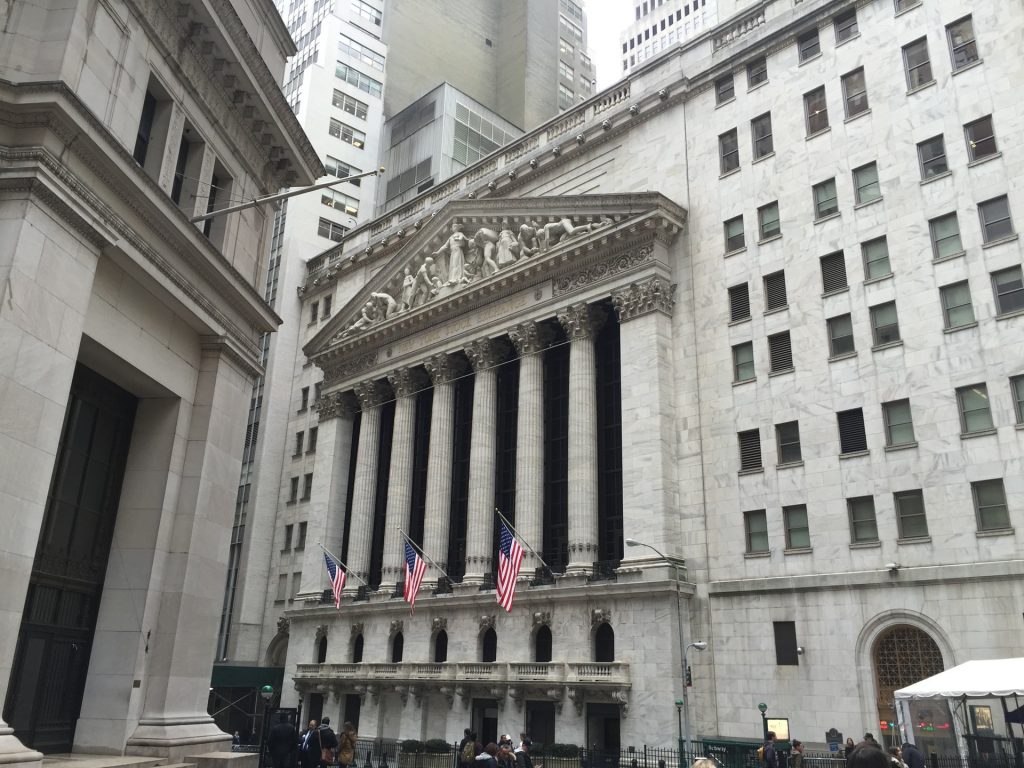 No visit to the Financial District is complete without seeing the New York Stock Exchange. In fact, it was the opening of the stock exchange that made Wall Street synonymous with money. The success and growth of the NYSE cemented New York as one of the most powerful cities in the world.

If you’re planning a visit, chances are you’re familiar with the name, but there’s probably a lot you don’t already know about the company (yes, the stock exchange is a company) or its history. Some of that information might even surprise you.

To get you ready for your trip, here are five facts about the New York Stock Exchange you never knew before — but you’ll be glad you learned.

1. The exchange has had a lot of change over the years. 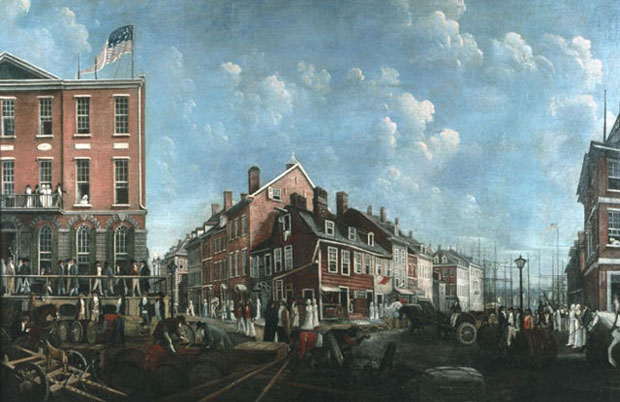 When the stock exchange was first founded in May of 1792, 24 brokers signed a document called the “Buttonwood Agreement”, named after the Buttonwood Tree it was signed under. This tree was a pretty big deal. Not only did it serve as the inspiration for the document’s name, but it also became the site for the official trading ground.

At this point in time, the group was known as the New York Stock & Exchange Board.

For a year, the brokers of the NYS&EB would formally meet under the tree to make their trades. In 1793, a group of stockbrokers built the Tontine Coffee House (pictured above) at the intersection of Wall and Water streets. This quickly became the new meeting place for trade and correspondence.

Fun fact: The famous building which currently houses the stock exchange wasn’t built until 1903. When it opened, it was the largest indoor space in the United States.

2. The NYSE once shut down for four months. 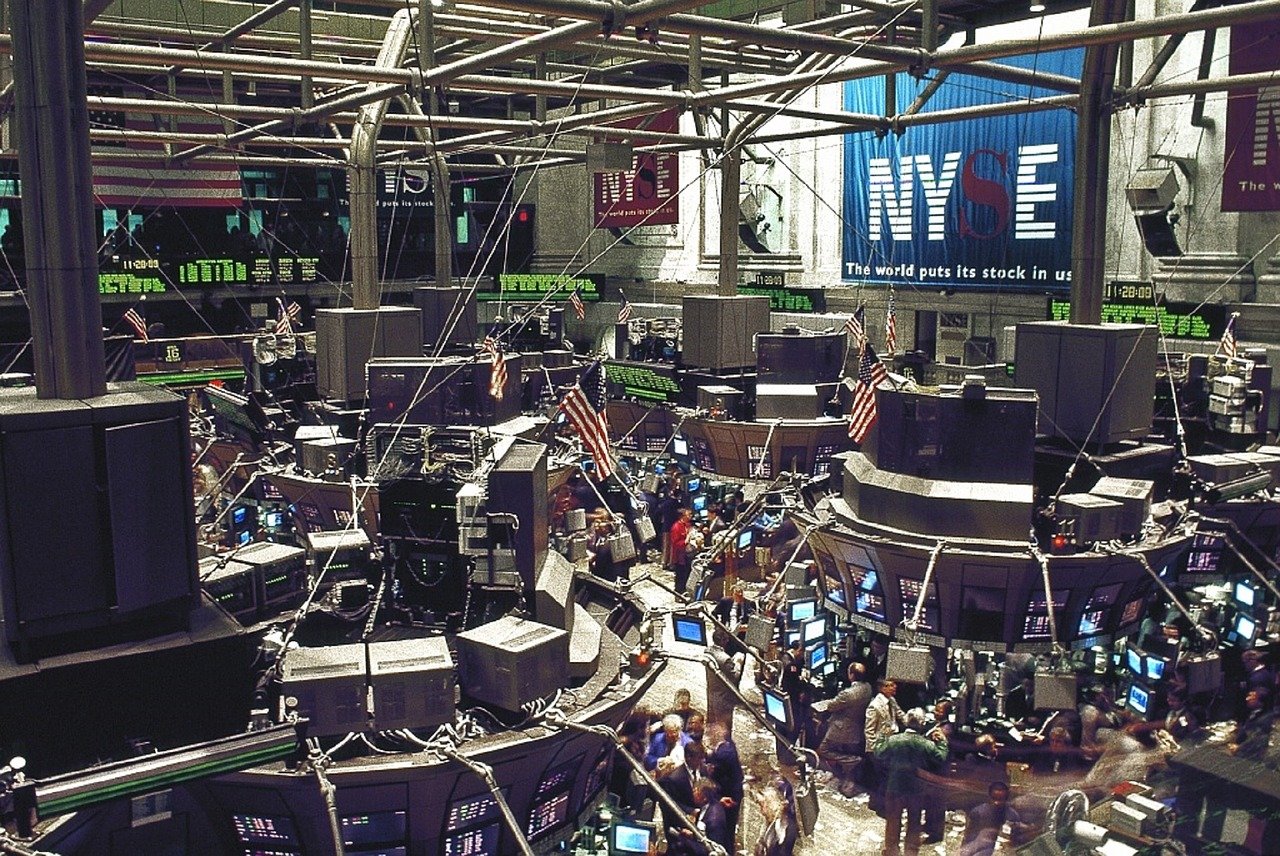 During World War I — or the Great War as it was called then — operations at the New York Stock Exchange ceased completely. The shutdown started on July 31st, 1914, and lasted for another four and a half months. To this day, it’s the longest closure period in the stock exchange history.

Various other incidents have caused the stock exchange to close its doors.

But these are the only instances when the stock exchange was closed for more than a day. 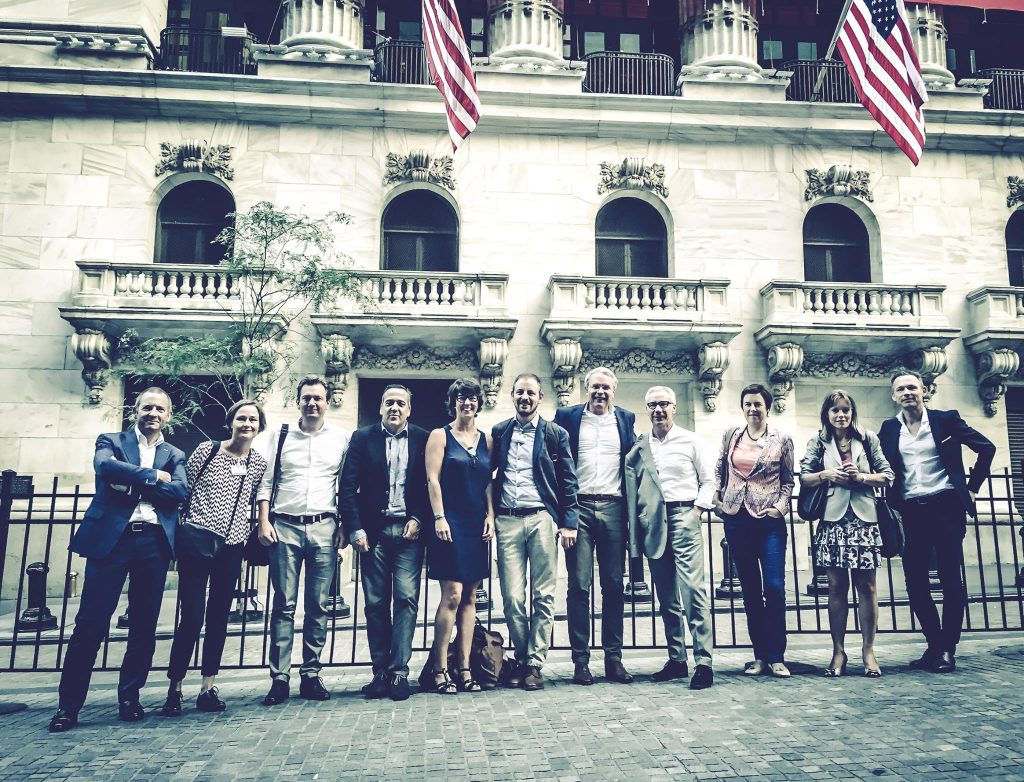 While the New York Stock Exchange is currently closed to tourists who might otherwise want to take a peek inside, it wasn’t always that way.

The New York Stock Exchange building closed to the public since the September 11 terrorist attacks at Ground Zero. Before 9/11, visitors could take tours of the building and see the trading room floor in action.

Nowadays, the only people allowed inside are brokers. The closest you can get as a visitor is right next to the fence that secures the outside. While the façade is beautiful (more on that later) you can’t help but wonder what you’re missing inside.

But don’t worry too much. The truth is, due to advancements in technology, very little of the trading done on Wall Street is actually done on the trading floor itself. Over 90% happens online.

If you want to feel the energy of the trading room floor, you don’t have to go inside. You just need to talk with someone who knows it, like one of our Wall Street insiders. Each of our guides knows the ins and outs of the NYSE and the stories of Wall Street’s financial ups and downs. You’ll get the firsthand experience of what it’s like to stand and work on the trading room floor. 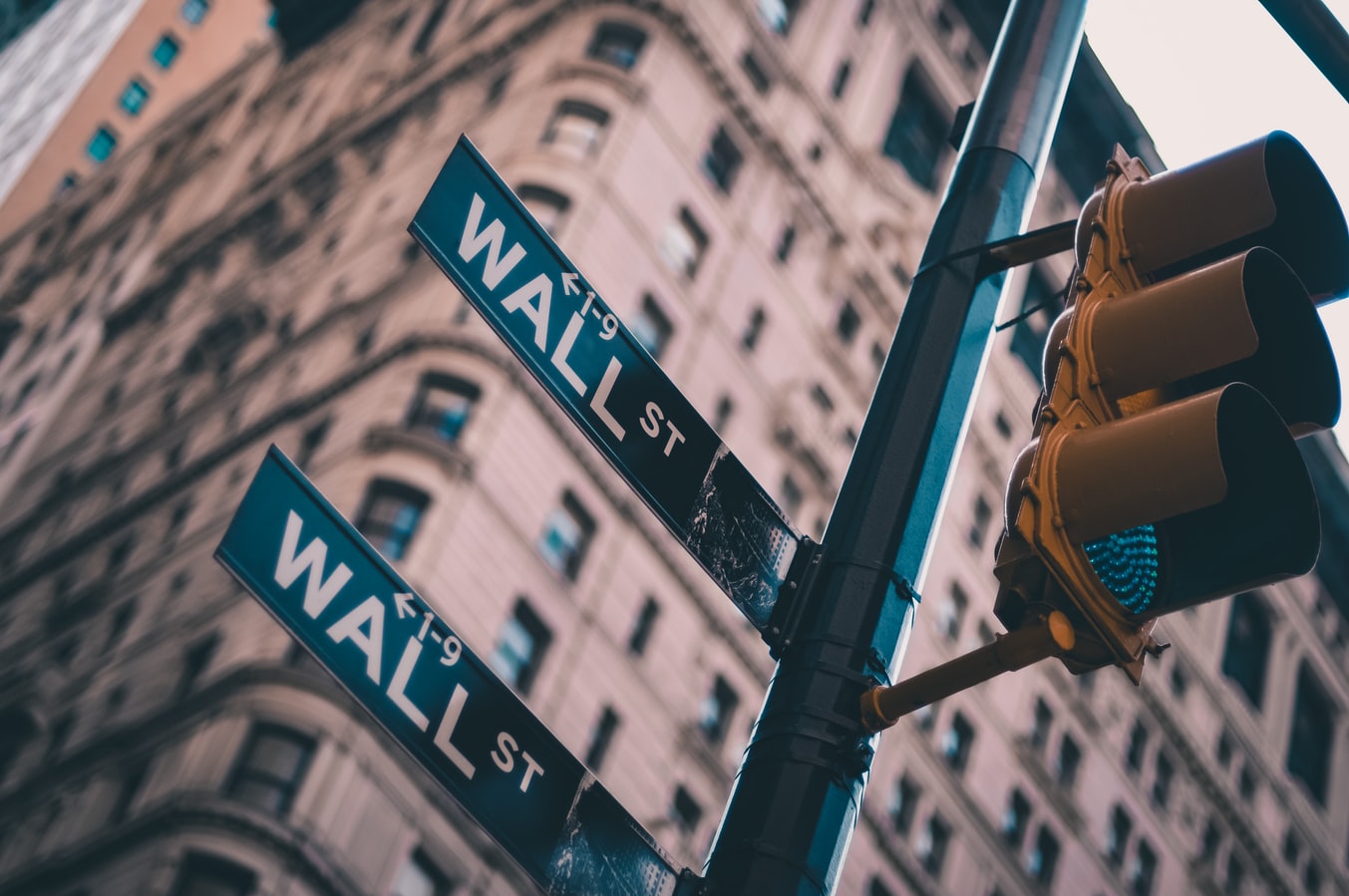 What started out with just 24 men has grown exponentially in the past 200 years. Billions of dollars are traded on a daily basis in today’s market, but the record for highest membership price was paid over 10 years ago.

These memberships let buyers trade on the floor of the stock market, otherwise known as “purchasing a seat.”

Let me explain this a little more.

When the stock exchange was first started, it was a private company, and the privilege to trade on the floor had to be bought. The price varied, usually influenced by the strength of the U.S. economy. If the U.S. was doing great — a bull market — seats cost more.

However, the stock exchange went public back in 2006, which ended the sale of memberships and seat holders were forced to sell their seats.

5. The famous façade has a name. 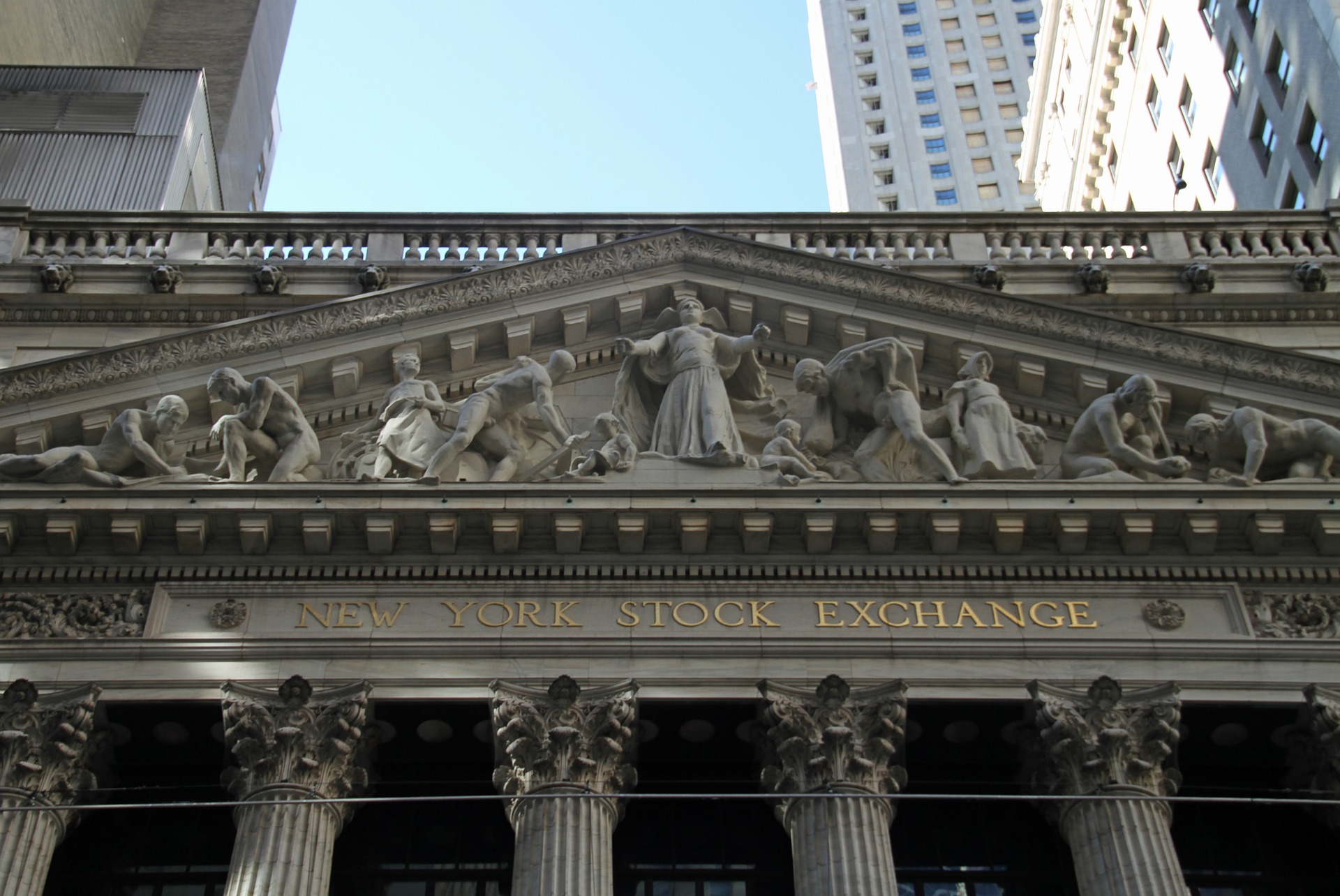 Even though visitors to the stock exchange are unable to go inside, seeing the building from the outside is more than worth the trip downtown. What is now the New York Stock Exchange Building was designed by city architect George B. Post, who designed both public buildings and private residences. He won the competition with the requirement that the new building have more trading space and more light.

Drawing on many elements found in Greek Revival and Roman neoclassical architecture, the 10-story building façade has an impressive portico and pediment. For you non-architecture-buffs out there, that’s the front porch made up of the tall Corinthian columns and the triangular shaped roof facing passersby.

The pediment (triangular part) is the most elaborate part of the façade, designed to convey truth, trust and democracy through a beautiful marble sculpture. It’s named “Integrity Protecting the Works of Man.”

Here’s more about the sculpture and what it includes:

The sculpture was created by artists John Quincy Adams Ward and Paul Wayland Bartlett. (Ward also designed the famous statue of George Washington on the steps of Federal Hall.) It was crafted in marble and weighed around 90 tons, but after a few decades, began to threaten the integrity — ironic, that — of the whole building. With the original figures cracking, experts worked to replace the figures with lighter copies, so that’s what you’re looking at today as you pass by.

And it will never change.

Because of the building’s historical significance, it was designated a National Historic Landmark in 1978. This means that the famous façade will never be changed or altered.

Can’t get enough of the New York Stock Exchange? 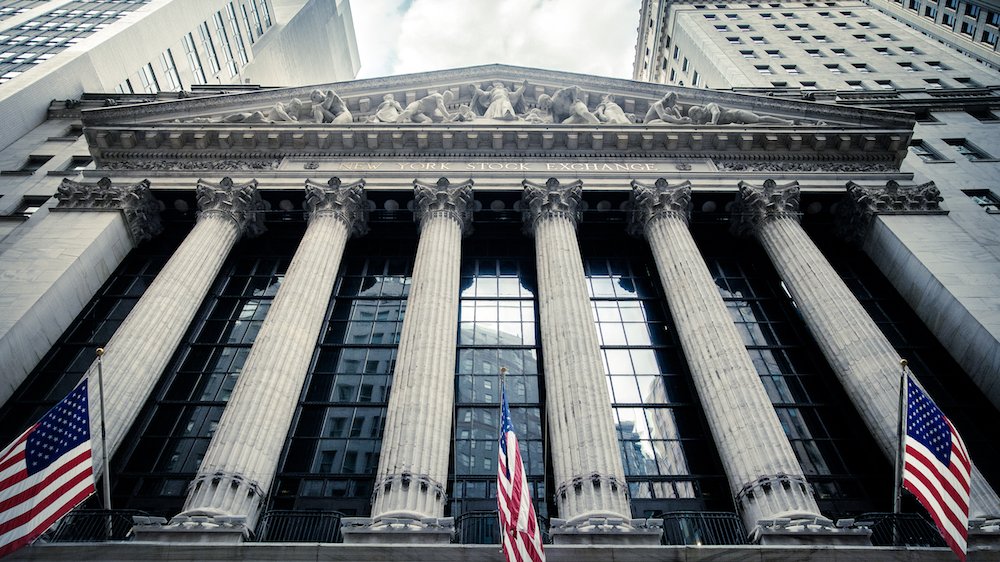 We wrote a whole blog post about how to experience the NYSE. It covers how this financial institution began and ways the trading floor has changed over the years. We also share how you can experience the NYSE today — assuming you’re not starting a career that will take you inside the building.

Meanwhile, we hope these fun facts about the New York Stock Exchange piqued your interest in learning more about this corner of New York. These five facts really just scratch the surface of what’s here on Wall Street, NYC.

We’d love to show you around on one of our tours when you visit New York City. Our Wall Street insiders can answer all your questions and share a few true tales that will surprise you. Facts are fun, but it’s the insider stories our tour-goers love most.