Uncovering Steamship Row in the Financial District of NYC 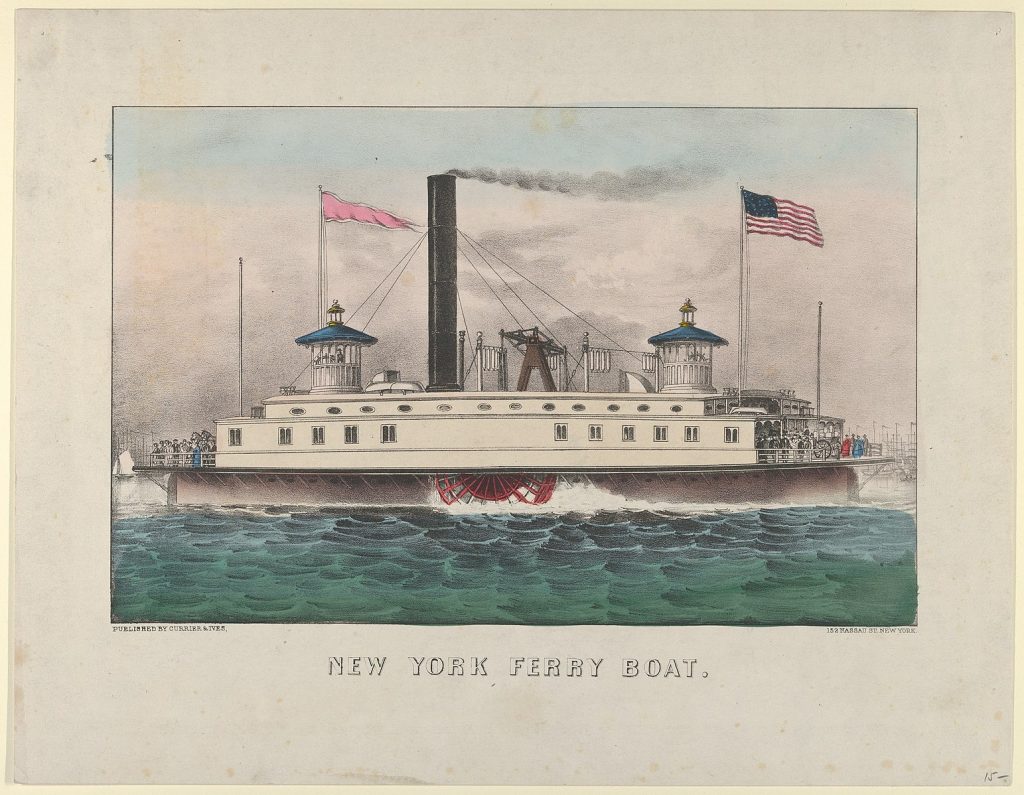 Of all the neighborhoods in NYC, the Financial District is one of the most historic, and part of it, Steamship Row, has history a little different from the rest.

You might have heard about the Dutch wall on Wall Street or the Federal Hall memorial, but Steamship Row is somewhat lesser known. One of the most fascinating things about the Financial District is the role it played in the growth of New York’s economy and, therefore, its status as a major city.

Back in the late 1800s and early 1900s, lower Broadway was home to a collection of various steamship buildings that transported thousands of passengers and goods to countries all across the world. This series of buildings was famously known as “Steamship Row.” It became an international gateway to the residents of NYC at the time, and there are many remnants of that time period that you can still find to this day!

In this post, I’ll discuss the details of Steamship Row and tell you how to explore this history in Lower Manhattan today.

By the turn of the 20th century, New York had already cemented itself as a major global city. Part of that was due to its status as a powerful maritime hub.

While the streets of the Financial District today are lined with offices and upscale apartments, many of the buildings you see were once headquarters to some of the most famous and powerful ocean liner companies. The block on lower Broadway was eventually informally called “Steamship Row” due to the packed collection of offices and ticketing halls.

Nowadays, if you want to travel internationally you would take a plane from JFK, Newark or LaGuardia airports. But in the late 1800s and early 1900s, you’d have to stop by Steamship Row and travel by sea.

This was the beginning of glamorous ocean travel. These steamships were essentially floating 5-star hotels, with grand ballrooms and upscale cabins for their first-class passengers. Meanwhile, thousands of immigrants would be housed down below.

It was during this time that NYC was one of the world’s busiest spots. Areas like the South Street Seaport were densely packed with ships. Then in the 1910s and 1920s came Chelsea piers (near today’s elevated High Line park), built to accommodate the gigantic transatlantic ocean liners.

On top of these luxury liners, there were also a number of more pedestrian steamship companies that offered passage out of the city.

Currently at 44 Broadway is the Department of Sanitation. But if you look closely above the first floor you’ll see the words “Kerr Steamship Co. Inc” inscribed in the wall. This company ran both passenger and freight service steamers to destinations as far as the old Dutch East Indies and Egypt.

Across from the northern edge of Battery Park is 1 Broadway. Today, it’s a branch of CitiBank. But this building was once home to the International Mercantile Marine Co.

Owned by famed banker J.P. Morgan, this collection of several different companies was created in order to maintain a monopoly of North Atlantic steamship routes.

From the outside, you’ll see multiple doorways labeled with different classes inside carved stone frames. The ATM doorway is labeled as “First Class” while the main doorway is the less glamorous “Cabin Class.”

Lining the outside of the building are a series of shields, painted with flags and various images. Underneath each, you’ll see a banner with the name of a city. These shields were an easy way to display all the different destinations across the world that you could get to using the IMM.

The bank lobby inside was once the ticketing office for the massive shipping empire. Bank tellers today sit in what used to be the ticket counters.

Across Broadway from the old IMM headquarters is the Alexander Hamilton U.S. Customs House. This Beaux Arts building was specifically built by the city in order to collect Customs Duty (or tax) for the Port of New York.

Today, the building houses the National Museum of the American Indian, but you can still find evidence of the steamship age inside.

Just inside the entrance is the old main trading floor. If you look up, you’ll see a beautiful collection of giant murals that depict the golden age of steamships in Manhattan. These were painted by Reginald Marsh during the Great Depression.

While the floor is mostly empty these days, the paintings and the furniture that remains gives you a sense of what an average day’s work was like in the bustling New York harbour. You can imagine tax collectors working steadily behind their desks as more and more sailors came strolling in off the various ships.

Amongst the various names of steamship companies, there were two that stuck out as being the most historic and famed in the bunch: The Cunard and the White Star Line.

While both were successful in their own right, the White Star Line became infamously known for sponsoring the fateful voyage of the Titanic. Spoiler alert — the ship didn’t make it to its final destination.

On the morning of April 15th, swarms of people gathered outside the entrance of the White Star Line headquarters (9 Broadway and 11 Broadway) desperate for any update on the whereabouts of their loved ones after hearing about the sinking.

One story tells how a young boy named Ismay was frantically trying to gather and pass on any information that he could, all the while wondering whether or not his father (the company’s managing director) had survived.

You can still see the original Titanic headquarters today, at numbers 9-11 Broadway, just a few buildings down from 1 Broadway. These days you’ll find a Subway restaurant there. There isn’t much that remains from the original building. But if you look carefully, you’ll notice there are rows of stars on the old iron fence around the building, marking the White Star line.

Want to hear a fascinating but true tale? I’m a tour guide so these are the intriguing bits of history I love sharing.

The White Star Line was purchased by J.P. Morgan in 1902 to add to his International Mercantile Marine Company fleet. A decade later, when the Titanic was scheduled to depart, Morgan was booked with his own private suite and promenade deck on board. At the last minute, he decided to miss the trip and remained at his resort in France. This decision most likely saved his life, as many wealthy New York businessmen died on board. But he ended up passing away in his sleep just a year later.

While the Titanic was famous for its fateful sinking, the Cunard Line company was hailed for saving the day. It was thanks to their ship — the Carpathia — that the Titanic survivors were picked up in the Atlantic ocean and eventually brought to Pier 54 in NYC. You can imagine the commotion as thousands of people gathered to see if their loved ones had survived.

Back on lower Broadway, the Cunard Headquarters was abuzz with staff trying to organize the chaos that ensued as the Carpathia finally docked. This building, 25 Broadway, is currently a venue space owned by Cipriani and partly a Planet Fitness. You’ll notice the words “Cunard Line” carved in stone on the outside of the building and written as well above the bronze doorway.

Inside is the former great hall with elaborate ceiling murals. There was once even painted globes depicting the sailing routes of the ships.

While the building itself no longer belongs to them, the Cunard company still exists. You can even take a seven-day transatlantic trip from Southampton to NYC — a journey they’ve been making since the 1840s.

Traveling the world by sea

While the era of ocean travel may be long behind us, it’s fun to look back on this golden age of ocean liners and discover what life used to be like before air travel. When voyages across the ocean took almost a week and the only way to traverse the globe was by sea.

If you enjoy discovering these hidden remnants of history, check out the rest of the Financial District with a guided tour. Our expert guides will share all the interesting secrets and overlooked gems in and around Wall Street changing the way you see the neighborhood.